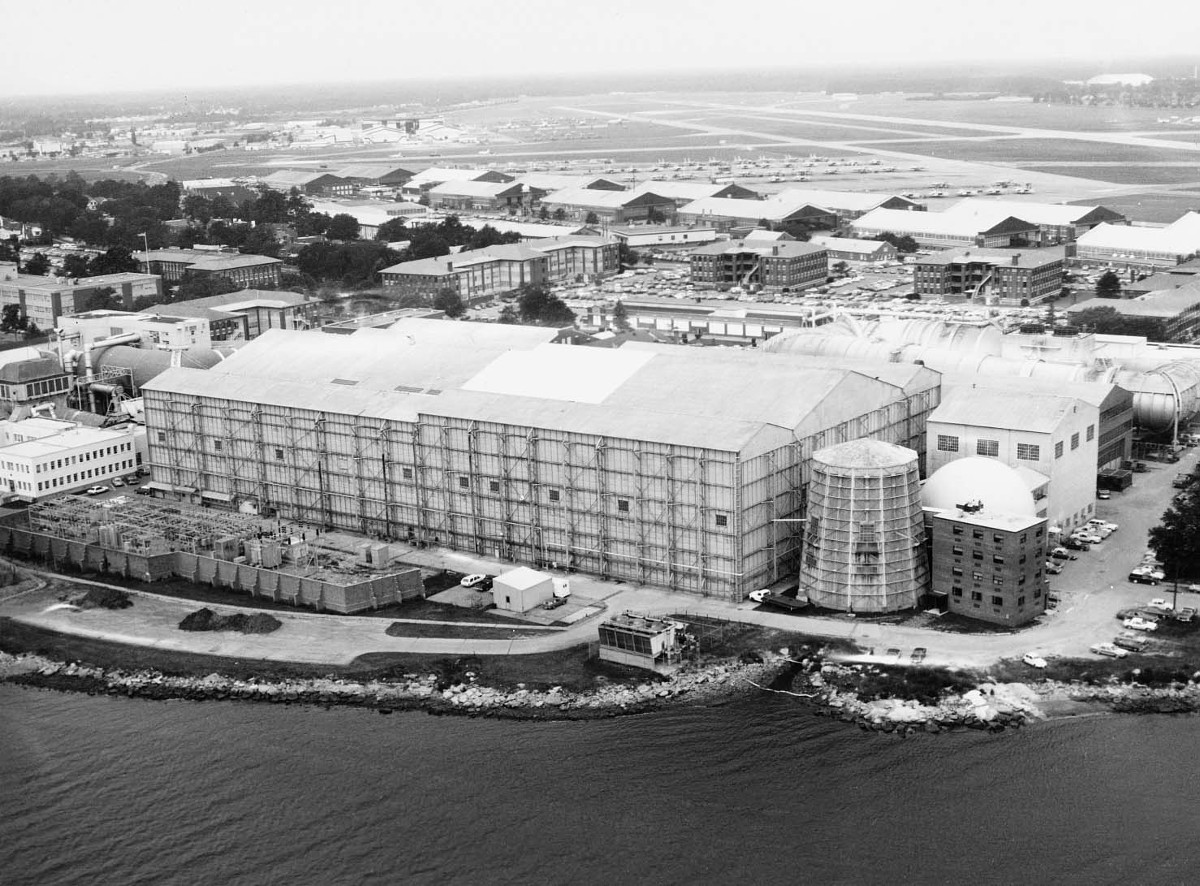 Also known by the dimensions of the tunnel throat, the 30 by 60-foot wind tunnel — 440 feet long by 230 feet wide by 95 feet tall — had external structure and smooth tunnel interiors. By the 1920s, engineers of the National Advisory Committee for Aeronautics (NACA) knew that certain research and testing could only be explored with full-scale stationary models or actual aircraft in flight-speed wind conditions. Completed in 1931, tests here proved the air-drag penalties of exposed engines and protruding struts, wires, wheels, and rivet heads. Before and during World War II, high-performance military aircraft were streamlined here to provide superior machines that contributed to America’s victory. The oldest operating wind tunnel at Langley when the National Aeronautics and Space Administration (NASA) finally decommissioned it in October 1995, the facility gained a temporary lease on life when it was transferred to Old Dominion University under the terms of an innovative privatization program, providing engineering research facilities for graduate students and private customers in the field of aircraft and automotive transportation. The Full Scale Tunnel performed its last test on September 4, 2009. Citing deterioration of the structural integrity of the tunnel, lack of funding for repair and maintenance, and no current or future mission need for its testing capabilities, NASA demolished the Full Scale Tunnel in 2010, and its National Historic Landmark designation was removed in August 2014.