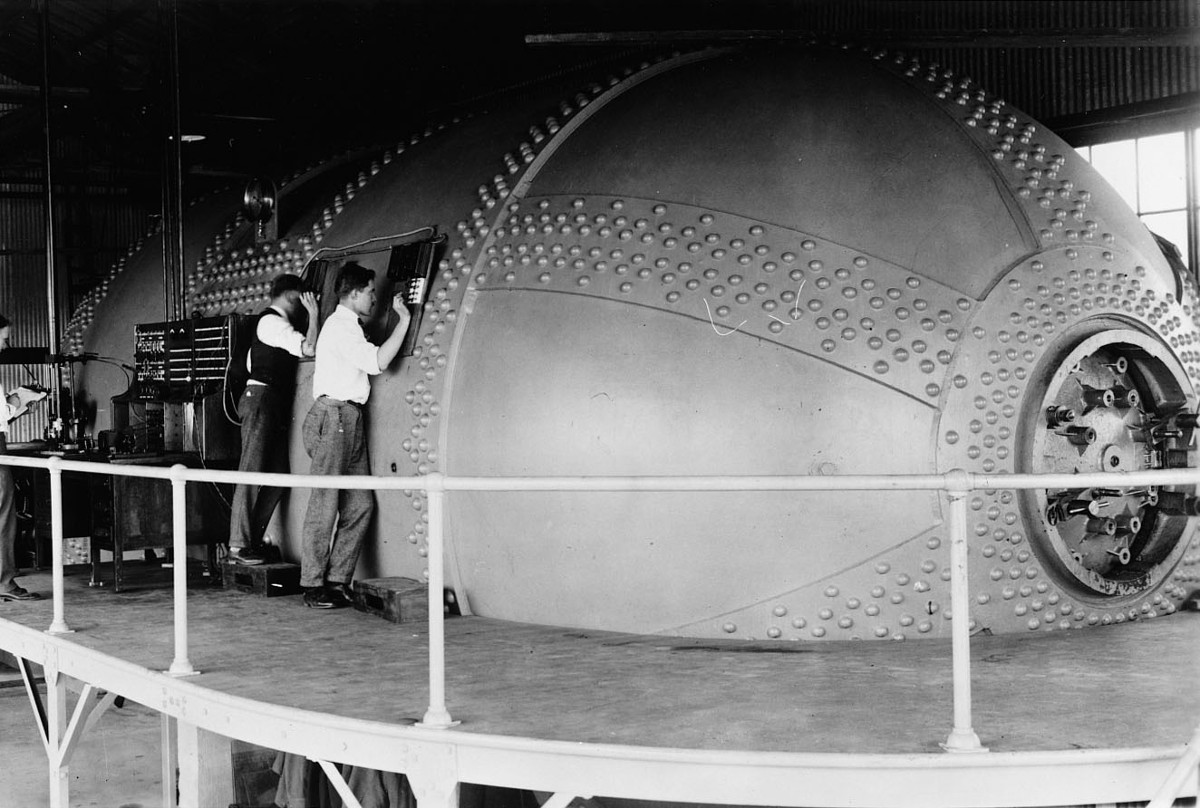 Called the VDT, the Variable Density Tunnel is considered the most significant of NASA Langley Research Center‘s ground-based historic properties. Spurred by the European supremacy in aircraft design, a 1915 Congressional bill established the National Advisory Committee for Aeronautics (NACA) and its laboratory in Hampton (1917). The United States began to surpass European technology with the VDT in 1921. It was a closed-flow wind tunnel inside a large pressure tank of riveted and welded three-inch-thick steel plates. This permitted scaled model tests at up to twenty times atmospheric pressure, which corresponded to full-scale aircraft conditions. Data obtained here led to the development of American military and commercial aircraft that has dominated the world’s airways ever since. Obsolete and gutted by fire, the exterior vessel has been relocated, preserved, and interpreted in a permanent exhibit at the NASA Center in Hampton.