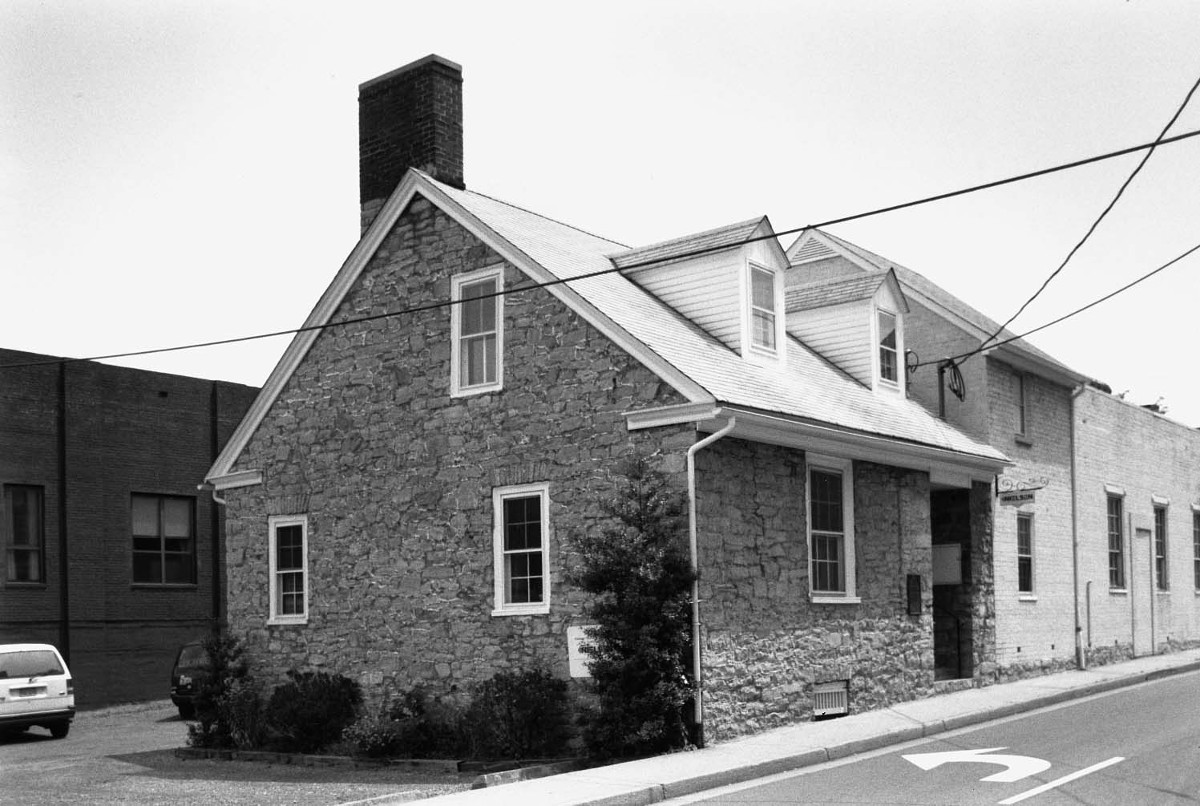 The modern city of Harrisonburg grew up around this modest stone house which until recently was thought to have been erected for Thomas Harrison c. 1750. But new research and a dendrochronology study completed by James Madison University in 2018 has determined that it was built c. 1790; Harrison died in 1785. Harrison laid out the town that was to bear his name on fifty acres of his holdings and was also instrumental in having Harrisonburg established as the Rockingham County seat in 1780. Prior to confirmation of the date of construction, it was believed that the first courts were held in this building, which is also associated with Bishop Francis Asbury, a pioneer leader of the Methodist Episcopal church, who often visited Harrison and conducted some of the county’s first Methodist services. While the original Thomas Harrison house no longer exists, this building remains an early example of stone vernacular architecture in the Shenandoah Valley. Its window architraves are cut from solid walnut timbers. This house remained in the Harrison family until 1870, which is probably why it was long-thought to have been Thomas Harrison’s. The nomination for the property is in the process of being updated based on this important new information. The original nomination, which was written in 1973, is accessible below.