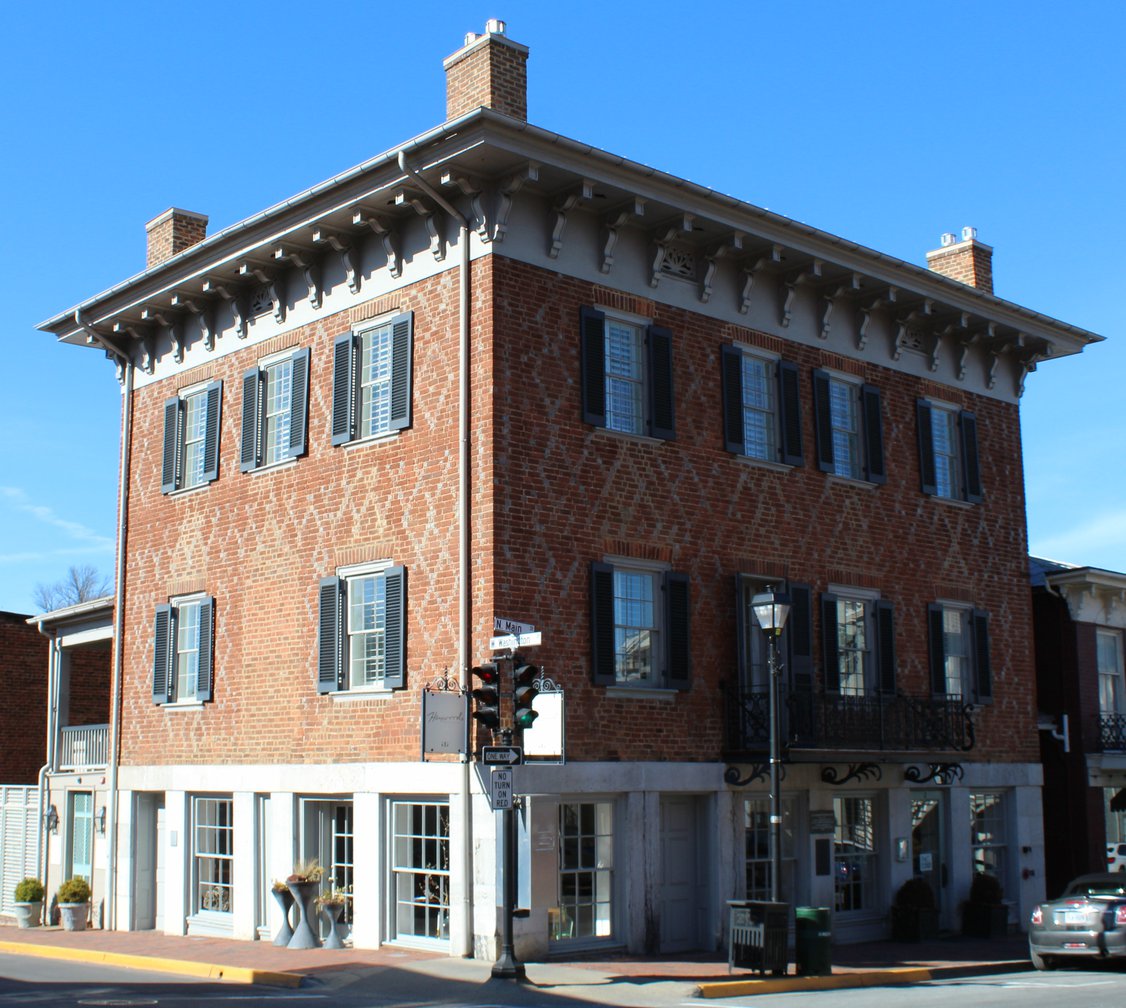 An enduring landmark in the downtown heart of the Lexington Historic District, the Alexander-Withrow House is set apart from its neighbors by its corner chimneys and diaper-pattern brickwork decoration. Corner chimneys are a peculiarity of several early Rockbridge County houses, and diapering is found but rarely in the Shenandoah Valley. The house was completed by 1790 for William Alexander to serve as his store and residence. Originally the house was covered by a gable roof, which must have looked odd with corner chimneys. It received its present stone-lined shopfronts and low roof with heavy Italianate cornice when Main Street was lowered in the 1850s. After years of neglect, the building was restored in 1969 by the Historic Lexington Foundation. This singular element in the city’s historic fabric has since become a popular inn.