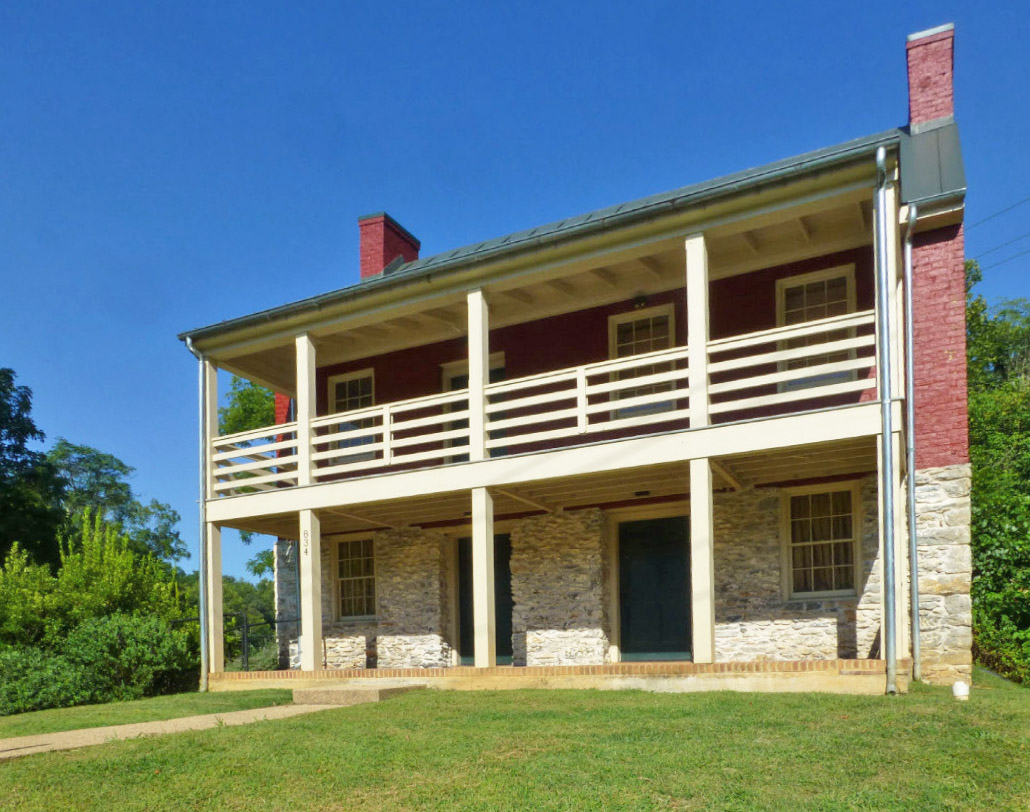 Lexington’s Jordan’s Point Historic District is tied to the story of the city’s industrial and transportation history during the 19th and early-20th centuries. The partnership of John Jordan and John Moorhead acquired the land known as “the Point” in the first decade of the 19th century and built a merchant mill, cotton factory, tilt hammer shop, and numerous other industrial buildings. In 1860 the Point became the terminus of the North River Navigation Company Canal, an extension of the James River and Kanawha Canal. During the Civil War, in 1864 the Union Army burned the Point. After the war, it was reborn and rechristened as the community of Beechenbrook. The Great Road crossed the Point in the 18th century, superseded by a turnpike and a rail line in the 19th century, and traces of these transportation routes are visible today. Important surviving historic buildings and structures are an 1811 Miller’s House; an 1874 Gothic Revival Beechenbrook Chapel; a circa-1860 gauge dock and canal wharf; a stone abutment for a 19th-century covered bridge; and 19th-century industrial building foundations. The Jordan’s Point Historic District period of significance spans from around 1800, about when industrial development at the Point began, until 1930, by which time industrial activity in the district largely ceased.