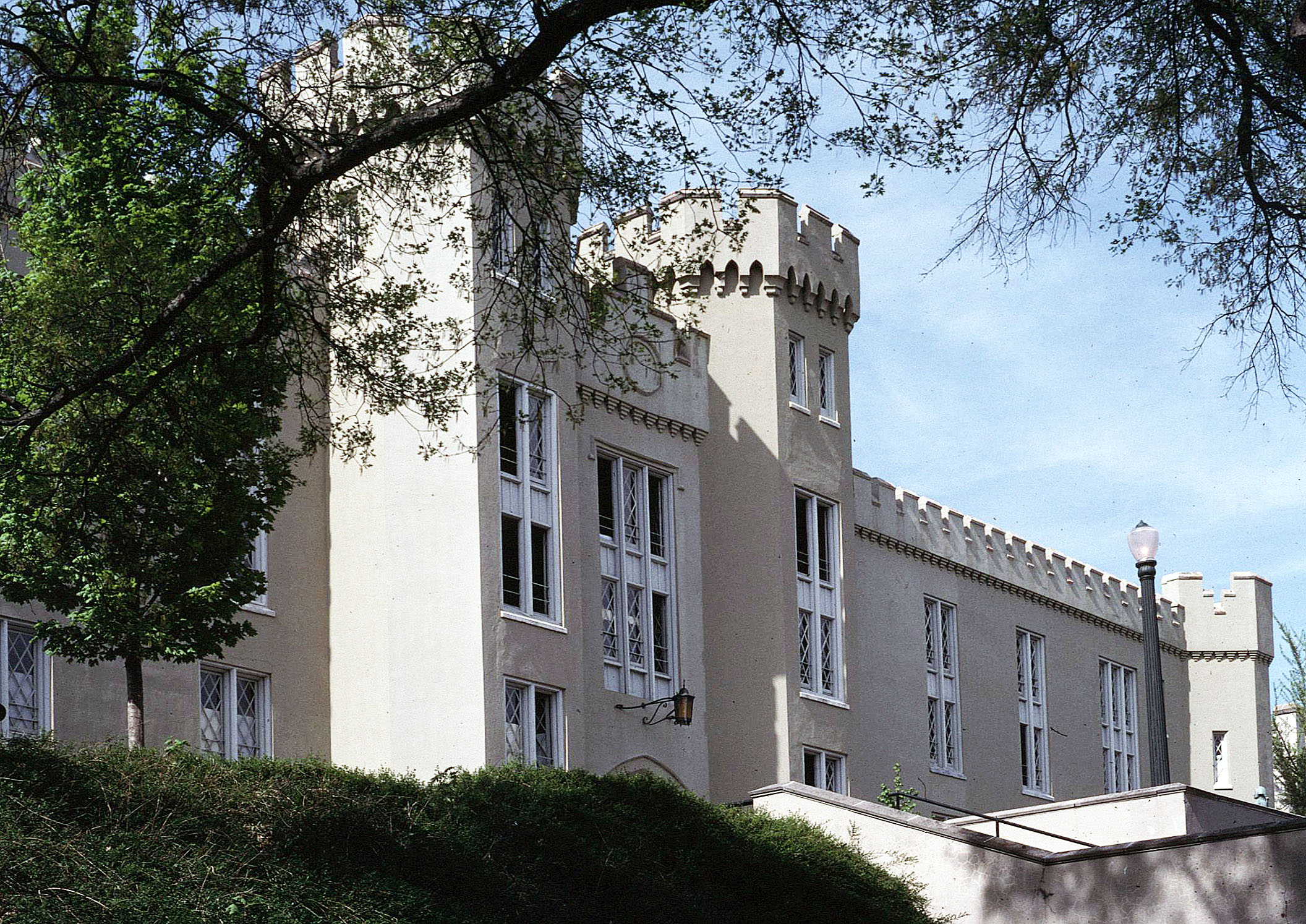 Philip St. George Cocke, member of the Virginia Military Institute Board of Visitors, wished to make the newly established state military academy a great Southern polytechnic institute housed in a prominent architectural complex in the city of Lexington. He was instrumental in having the renowned architect Alexander Jackson Davis commissioned to design the physical plant. During the years 1848 to 1861 Davis provided six castellated Gothic-style buildings, forming one of the nation’s first Gothic Revival campus complexes and a prototype for numerous military schools. The dominant element of the group is the Barracks, a prodigious, fortress-like structure with corner towers, crenelated parapets, and a galleried inner quadrangle. The building was burned by Union forces in 1864 but was rebuilt to Davis’s design in 1867-68. The structure has since been extended but the east elevation, the main front, preserves much of the original romanticism of Davis’s design.