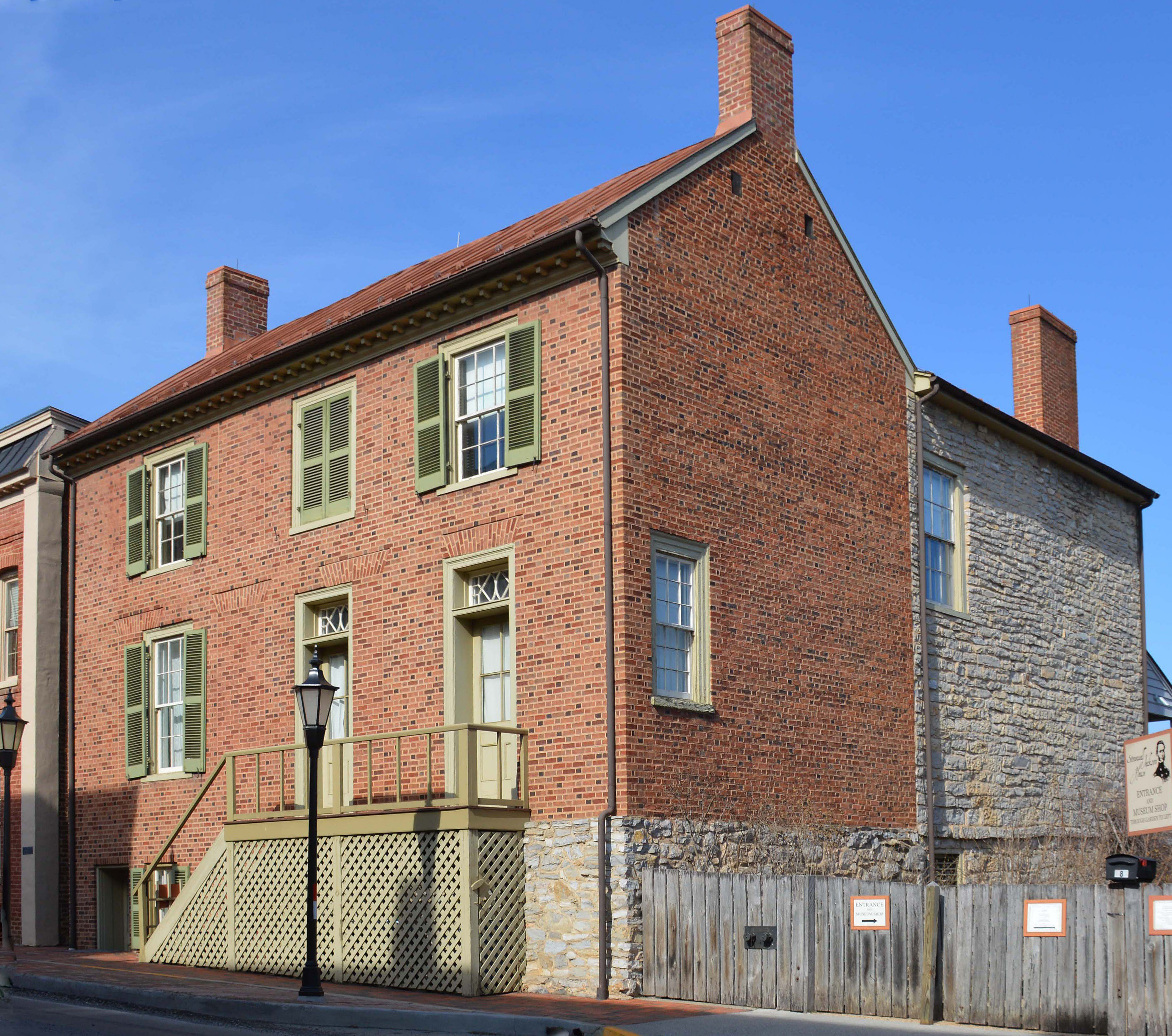 From 1859 to 1861 this early 19th century dwelling near the county courthouse in the Lexington Historic District was home to Confederate general Thomas J. (“Stonewall”) Jackson and his wife. It was built for Cornelius Dorman in 1801 as a typical Valley I-house. The facade was altered and a stone addition was erected before Jackson bought it. In 1906 the house was sold to the United Daughters of the Confederacy and incorporated into the Stonewall Jackson Memorial Hospital, with the front being completely altered in a Classical Revival style. In the 1970s the Historic Lexington Foundation, with architect Milton L. Grigg, undertook the restoration of the house to its appearance during Jackson’s tenure, even reproducing the mid-19th-century facade with its shifted openings. The house is now a museum honoring the life of one the most brilliant military tacticians in history.