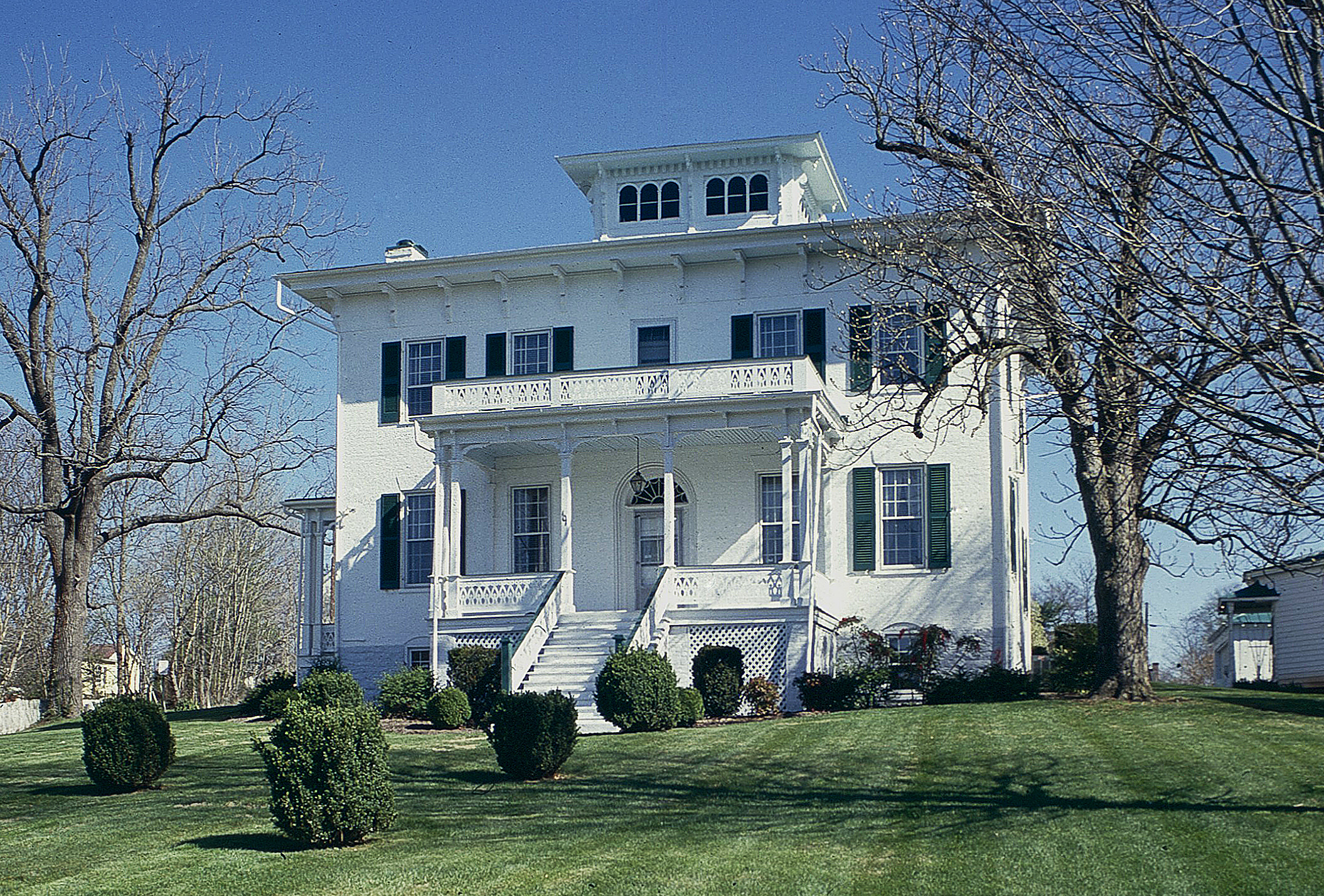 Blandome began in 1830 as a Federal-style house built for J.T.L. Preston, a central figure in the creation of the Virginia Military Institute. Preston later added some fashionable Greek Revival details. In 1872, Judge John Randolph Tucker purchased the house and responded to current trends by adding Italianate details, such as the cupola and the broad, bracketed eaves. In 1917, the house passed to Harry Lee Walker, a leader in the local African American business community. His wife, Eliza B. Walker, was a prominent figure who was well known for her social and educational contributions to Lexington’s African American community. Also on the property (located within the Lexington Historic District) is an unusual septagonal building that was used by Judge Tucker as a law office.