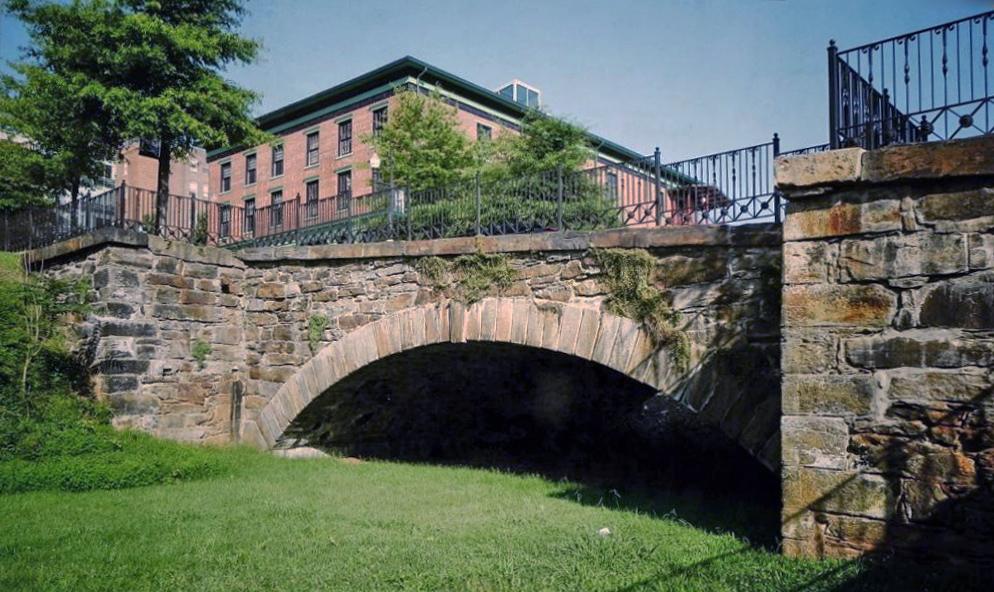 The James River and Kanawha Canal was one of 19th-century America’s major transportation arteries. Lynchburg was the terminus of the “First Grand Division” which extended 146.5 miles from Richmond. Opened in 1840, this section was the only one of the three divisions ever completed. The canal enjoyed its greatest prosperity during the 1850s and spurred Lynchburg’s development as a leading commercial and industrial center. In 1880 the newly organized Richmond and Alleghany Railway Co. acquired the canal company’s property and laid tracks over much of the system. The canal’s Lynchburg remnants are important relics of a great engineering achievement.
[Thematic Nomination, VLR Listed Only]