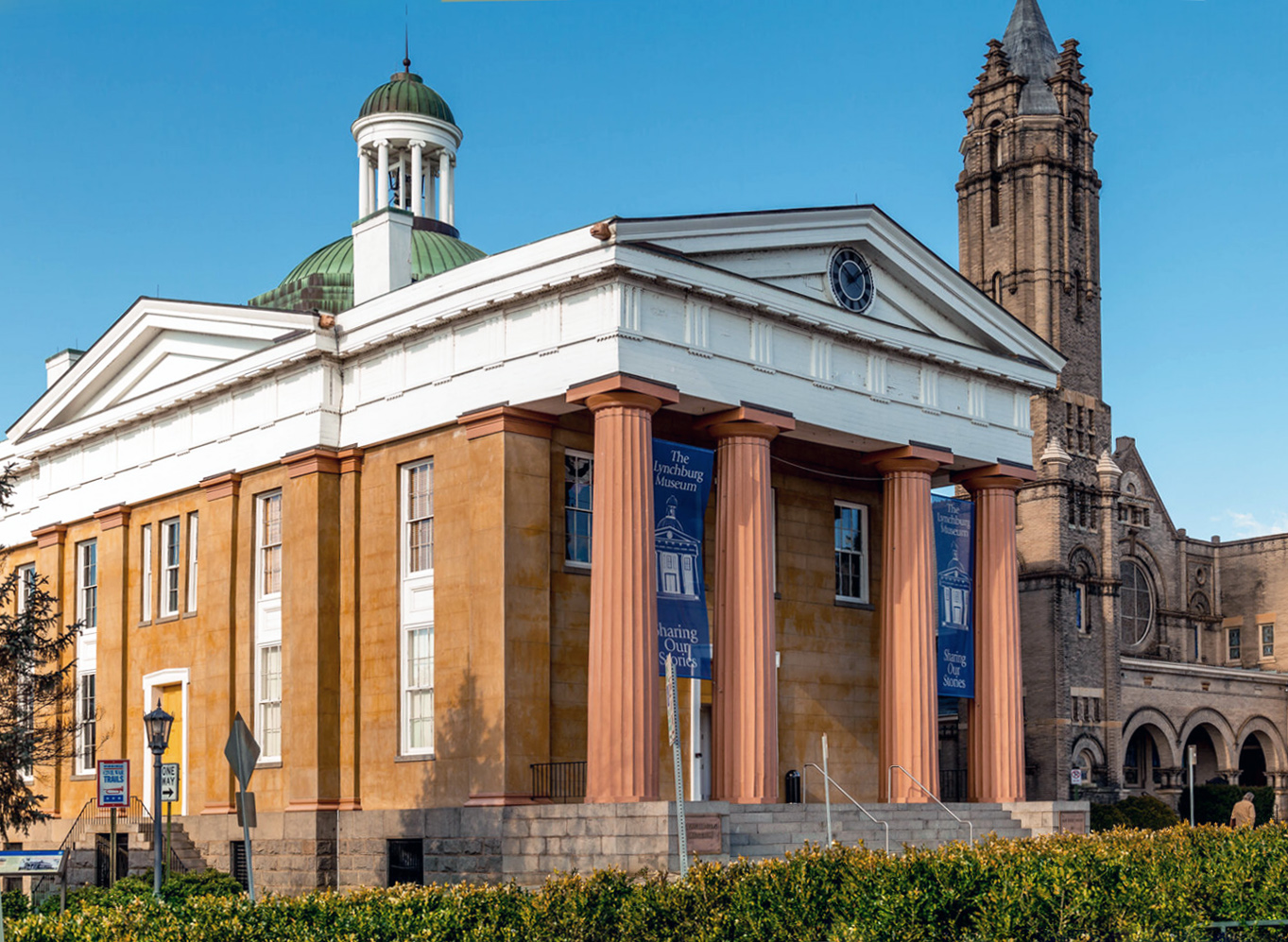 Lynchburg’s temple-form former court house has been a dominant feature of the city’s skyline since its completion in 1855. It was designed by William S. Ellison, who came to Lynchburg as a division engineer with the Virginia and Tennessee Railroad. The Doric portico with its paired columns is inspired by that of a Greek ruin, first illustrated in James Stuart and Nicholas Revett’s Antiquities of Athens (begun 1762). Although the portico and other details are based on published illustrations, Ellison’s design, employing implied side porticoes and a dome topped by a belfry, is a strikingly original composition. The building is dramatically located at the top of Monument Terrace, a steep flight of terraced steps constructed in 1925 as the city’s war memorial, and it serves as a prominent centerpiece in the Court House Hill/Downtown Historic District. Following the removal of court functions, the Lynchburg Court House was restored in the 1970’s as Lynchburg’s history museum.