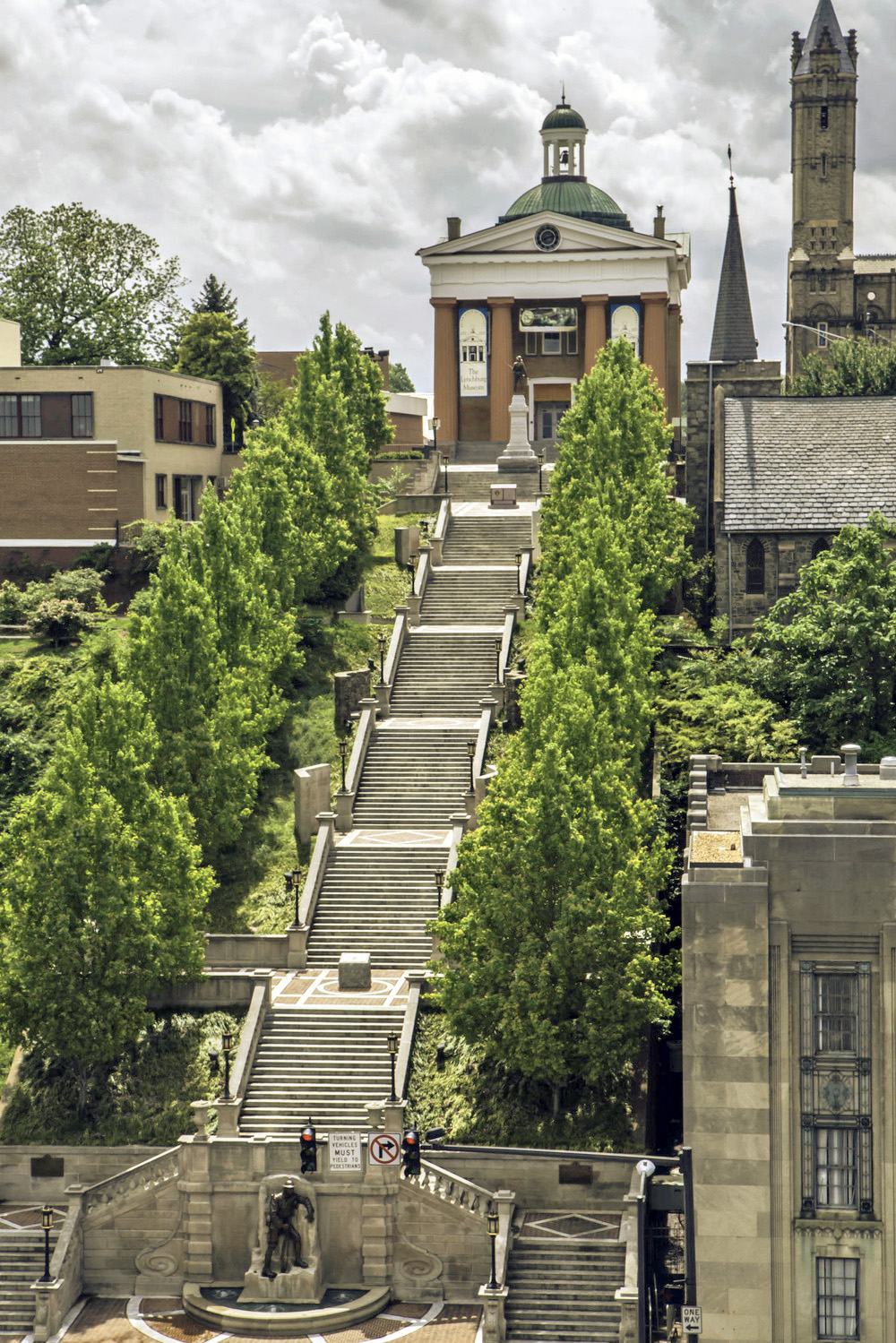 Court House Hill/Downtown Historic District is located in the city of Lynchburg’s historic center. The 25-block district includes Clay, Court, Church, and Main Streets between Fifth through Thirteenth Streets. The area has continuously served as Lynchburg’s governmental, financial, commercial, and religious center and consists of relatively intact blocks of buildings, including early residential ones dating from the early 19th century to the present. The buildings represent a wide range of 18th-, 19th-, and 20th-century architectural styles and reflect the city’s prosperity throughout this period. The district also includes, the old Lynchburg Court House (1855), the City Armory (1931-32), the City Auditorium and Market (1909-10), and historic structures such as the Clay Street Water Reservoir, the Italianate campanile at Holy Cross Catholic Church, and Monument Terrace, a pedestrian extension of Ninth Street, containing five war memorials.

The Courthouse Hill/Downtown Historic District 2002 boundary increase added 44 properties to the existing designated district. The majority of the buildings are frame structures built in styles popular in the late-19th- and early-20th-centuries, including Queen Anne, Second Empire, and Colonial Revival, and constitute a veritable textbook of changing architectural styles in that period. These were built in and adjacent to the downtown areas of Lynchburg, both to meet housing needs and to create a fashionable area in which to live. They date from the early 19th century to the middle of the 20th century. There are a few brick dwellings, including a stylish brick double house built as rental property by statesman Carter Glass.
[VLR Listed: 9/11/2002; NRHP Listed: 11/22/2002]

A 2015 update to the nomination expanded the Court House Hill/Downtown Historic District’s period of significance to end in 1957 to include mid-20th-century resources that represent the continued growth and prosperity of the district as the major civic, transportation, industrial, and commercial hub of the Lower Piedmont region.
[NRHP Accepted: 4/22/2016]