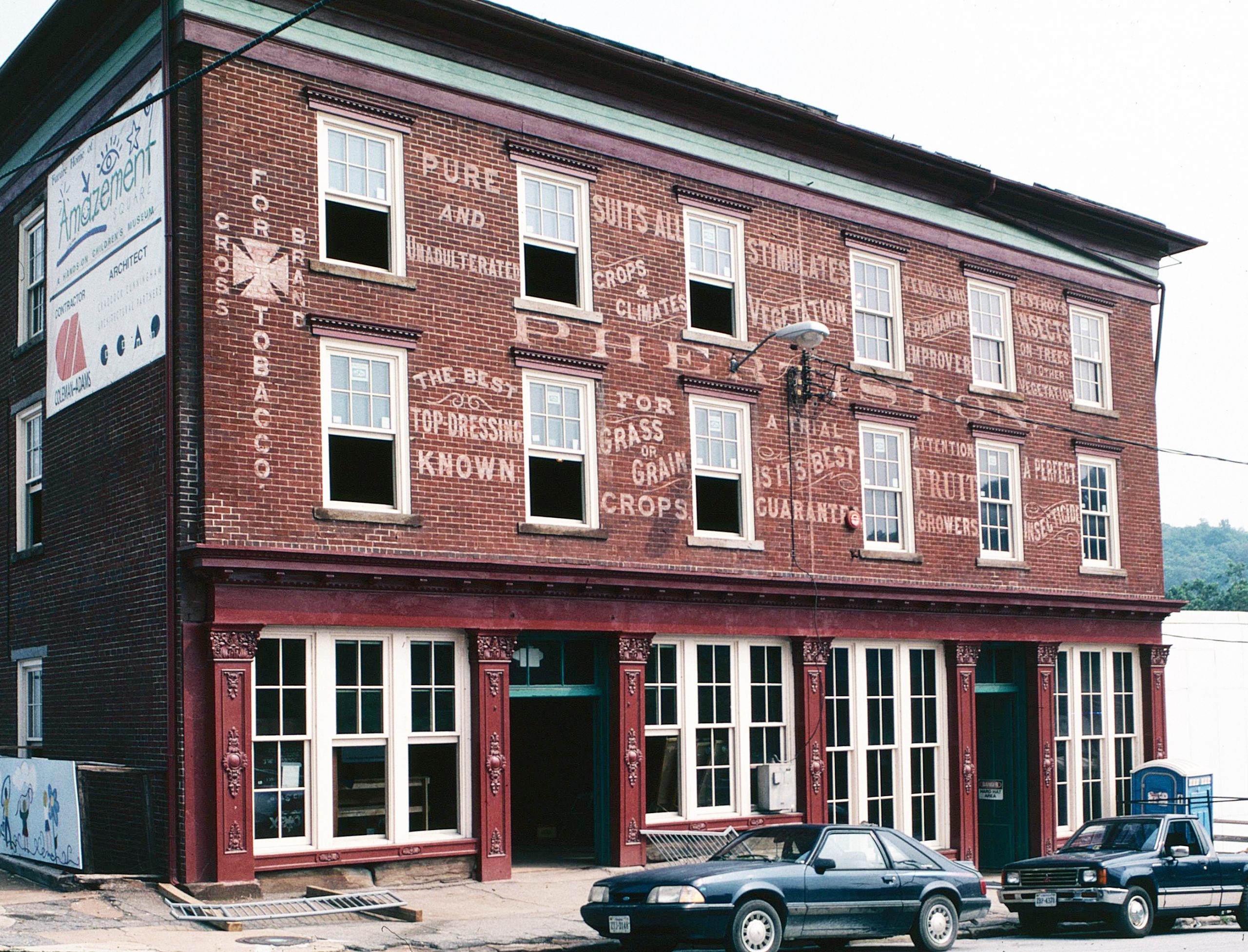 Dating from ca. 1853, the J. W. Wood Building is the largest and best preserved of the small number of antebellum commercial structures remaining in Lynchburg. Its cast-iron storefront is the city’s sole surviving example of its type. The manufacturer of the storefront is unknown, but it possibly was made in Richmond, which was a center of cast-iron production. Noteworthy elements of the storefront are the Corinthian pilaster capitals and the foliated ornaments in the pilaster shafts. The Italianate structure is also one of the few visual reminders of the city’s bustling commercial activity of the 1850s, the decade in which Lynchburg was declared by the U.S. Census to be the country’s second richest city on a per capita basis.