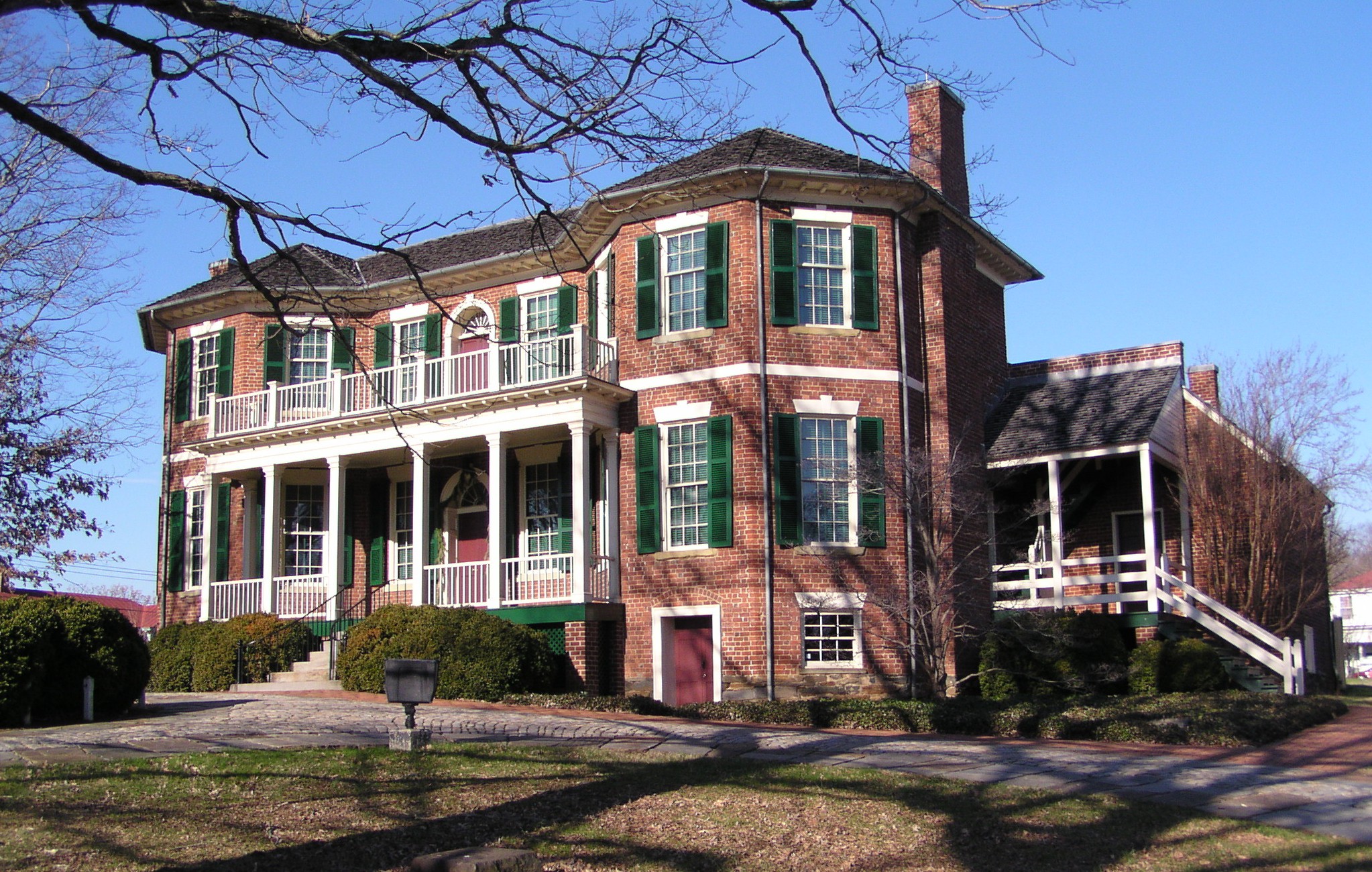 On the prow of Daniel’s Hill overlooking the downtown, Point of Honor ranks with the Commonwealth’s most articulate works of Federal architecture. Originally serving a 900-acre plantation, the house was built ca. 1815 for Dr. George Cabell. Distinguished by its polygonal projections and beautifully executed interior woodwork, the house is one of several fine Piedmont houses erected for the Cabell family. Its designer is not known, but many of its details are adapted from illustrations in Owen Biddle’s The Young Carpenter’s Assistant as well as design books by William Pain. Point of Honor was remodeled in the Italianate style in the mid-19th century but most of its original embellishments, save for the front porch, survived. It was acquired by the city in 1928 and received hard use as a neighborhood center until 1968 when the Historic Lynchburg Foundation undertook its restoration for a museum.