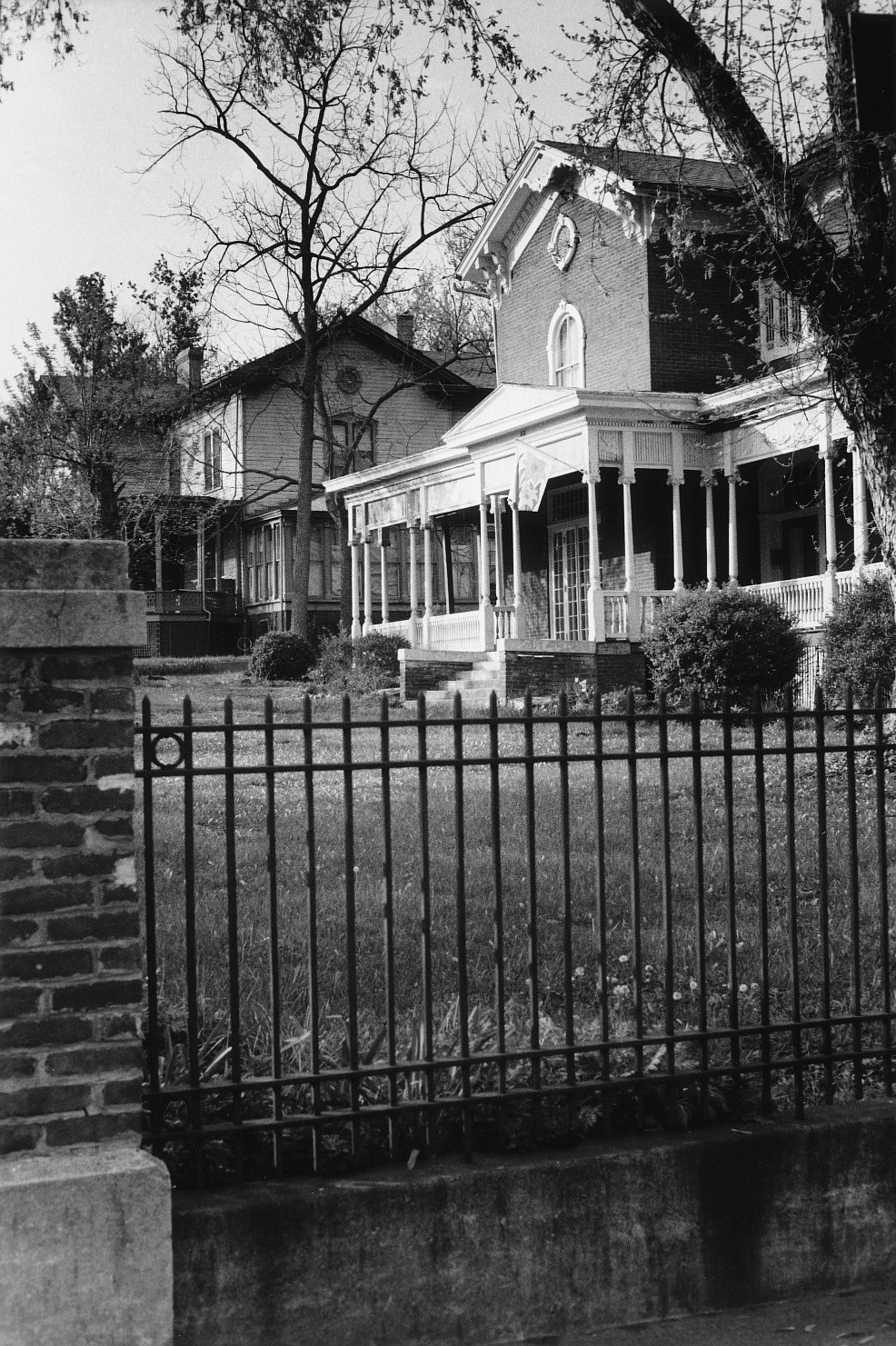 This downtown residential neighborhood, on a ridge above the James River, holds a variety of 19th-century styles and house types. Concentrated building activity began in the 1840s after the subdivision of the Cabell/Daniel family plantation whose mansion, Point of Honor, forms the neighborhood’s focal point. Cabell Street, the district’s main street, is lined with a progression of mid- and late-19th-century mansions, all solid examples of their respective styles. Particularly interesting is the Y-shaped dwelling at Cabell and B streets, built in 1875 by architect Robert C. Burkholder for himself. More typical is the 1853-54 Greek Revival Dabney Scott Adams House at 405 Cabell Street. Another Greek Revival landmark is Rivermont, a frame mansion. Contrasting with these showy dwellings are the vernacular workers’ houses scattered along the back streets. Protected by historic zoning, the district is undergoing slow rehabilitation.