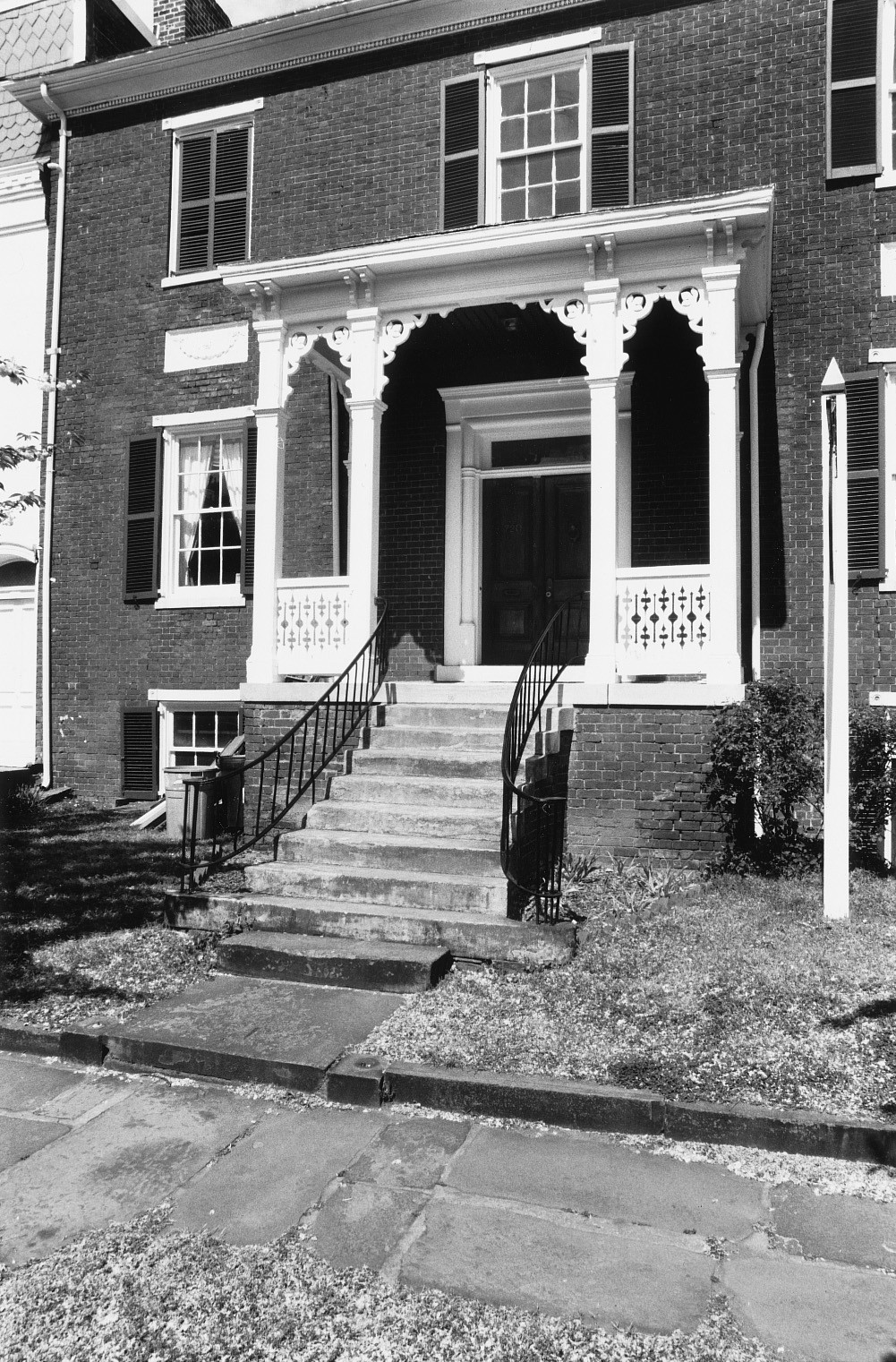 Prominently placed atop the ridge overlooking downtown Lynchburg, this square brick house is among Virginia’s most handsomely appointed Federal-period urban residences. Highlighting the facade is the pair of panels with husk swags and bows, one of the state’s few instances of this type of high-style decoration. Panels of fine Adamesque ornaments are also found inside along with carved doorways and original mantels of King of Prussia marble. The house was built in 1826 for John Marshall Warwick, a tobacconist and mayor of the city. The Warwick house was also the childhood home of John Warwick Daniel, Civil War hero, U.S. Senator, and noted orator. The house was modified in the Victorian period when the sawn-work front porch and the Gothic Revival doorcase were added. Changes inside include two Rococo Revival marble mantels and the present Italianate stair.