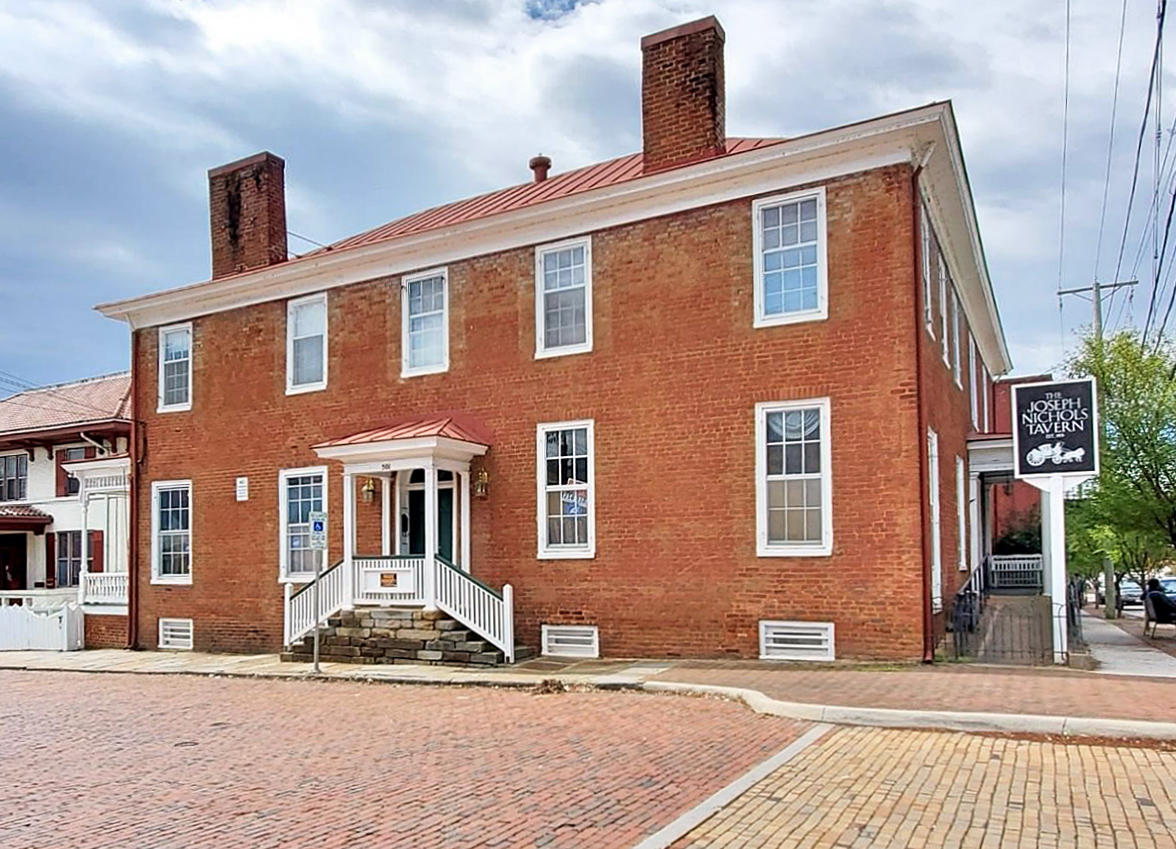 Joseph Nichols built this Federal-style tavern on Lynchburg’s busy Fifth Street in 1815 to replace his previous establishment which had been destroyed by fire. Although its original façade was oriented to Madison Street, the forthright brick structure has long been a familiar landmark on Fifth Street, for many years the western entrance to the city. This location was the inspiration for a later designation, the Western Hotel, by which the building was known for over a century. A rear wing was added in the 1830s. One of Lynchburg’s earliest surviving commercial structures, the Joseph Nichols Tavern stood derelict for many years but was sympathetically rehabilitated in 1975 by the Lynchburg Restoration and Housing Corporation, a local nonprofit organization.