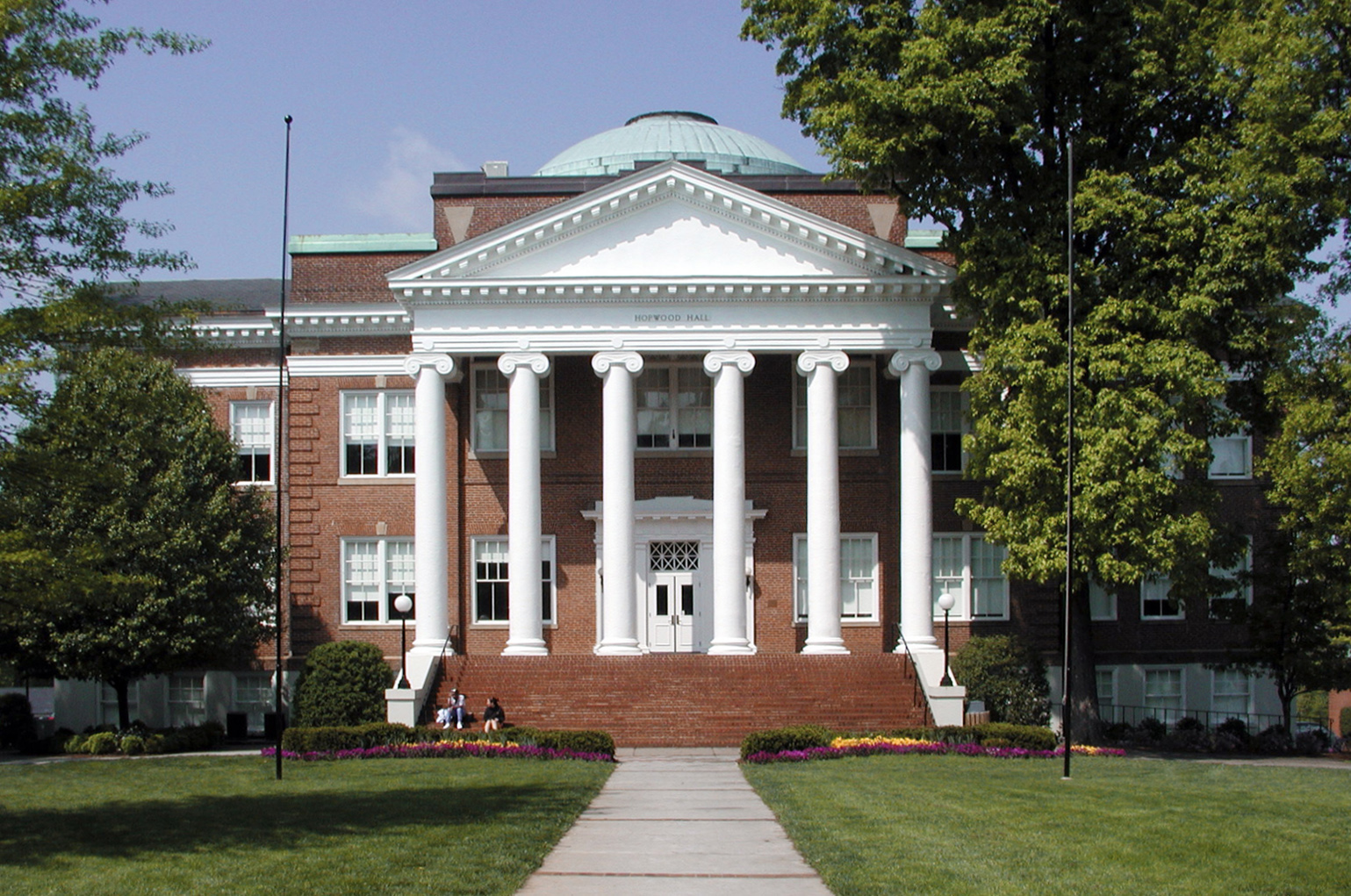 Lynchburg College’s Hopwood Hall, constructed in 1909, was the first purposely built academic hall at the college, one of the oldest in Virginia founded as a co-educational institution. The building is named for Lynchburg College founders Dr. Josephus Hopwood and wife Sarah La Rue Hopwood, who believed that educational opportunities should be made available to all persons regardless of sex, race, age, or material resources. Within Hopwood Hall, for more than a century, men and women have engaged in a variety of academic activities from painting to physics, from the study of literature to the mastering of foreign languages, both ancient and modern. Among the most architecturally sophisticated buildings in Lynchburg, Hopwood Hall also represents an important example of early 20th-century Beaux Arts Classicism in central Virginia. The building’s architect, Edward Graham Frye, who established an office in Lynchburg around 1892, designed Lynchburg’s Jones Memorial Library as well, also in the Beaux Arts style.