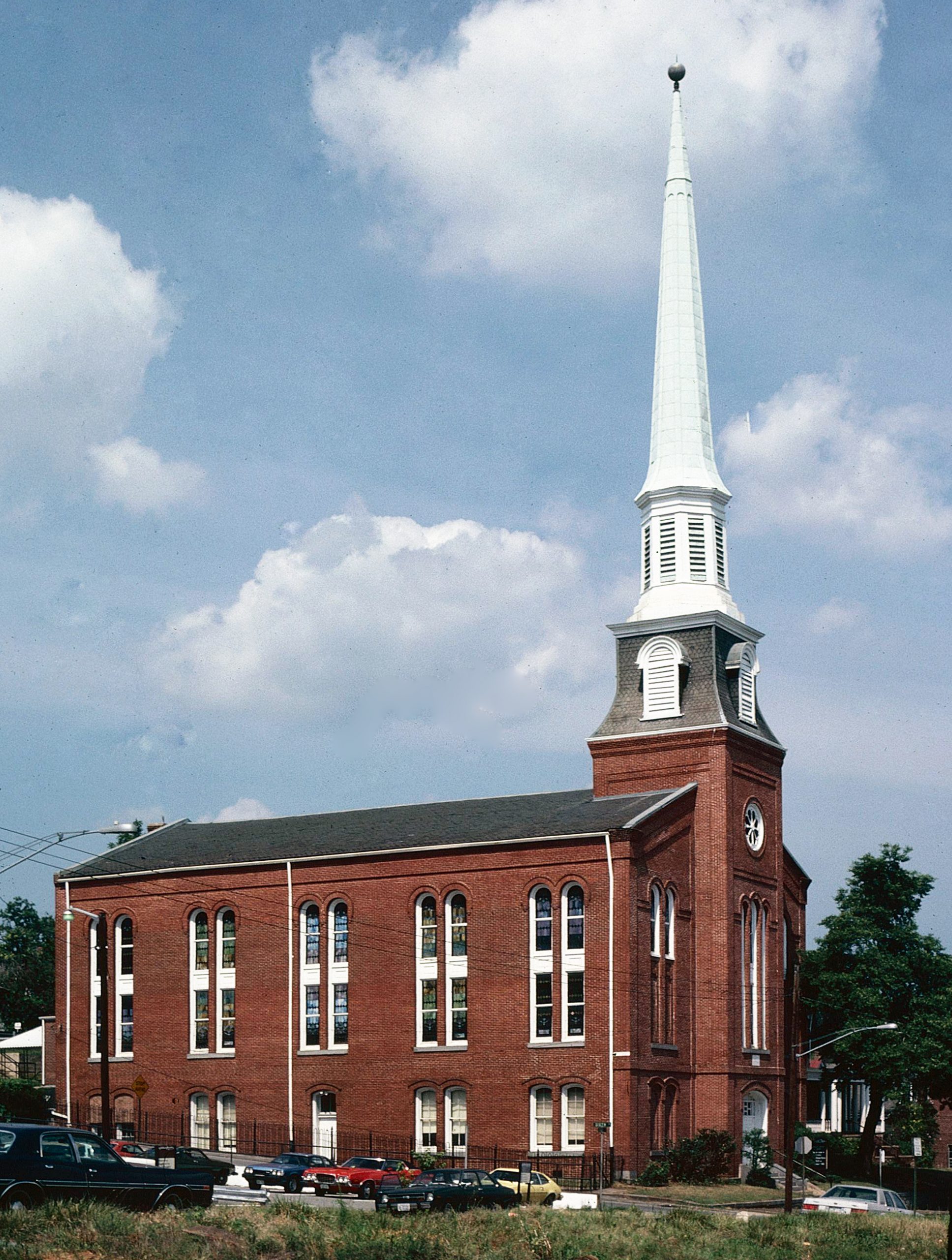 Court Street Baptist Church, located in the Court House Hill/Downtown Historic District, is the mother church of Lynchburg’s black Baptists and is the most conspicuous landmark of the city’s African American heritage. When completed in 1880, it was the city’s largest church and its spire dominated the skyline. The congregation was organized in 1843 when black Baptists separated from the parent First Baptist Church. The building was designed by a local white architect, Robert C. Burkholder, but was built exclusively with black labor. Although its location in a fashionable white neighborhood caused considerable controversy, the completed church was praised by the local press which wrote: “With its tall and symmetrical spire pointing silently but unmistakably heavenward, it stands an almost imperishable monument to the vigor, enterprise and religious zeal of the society to which it belongs.” The steeple, damaged in a 1993 storm, and subsequently removed, has been rebuilt.