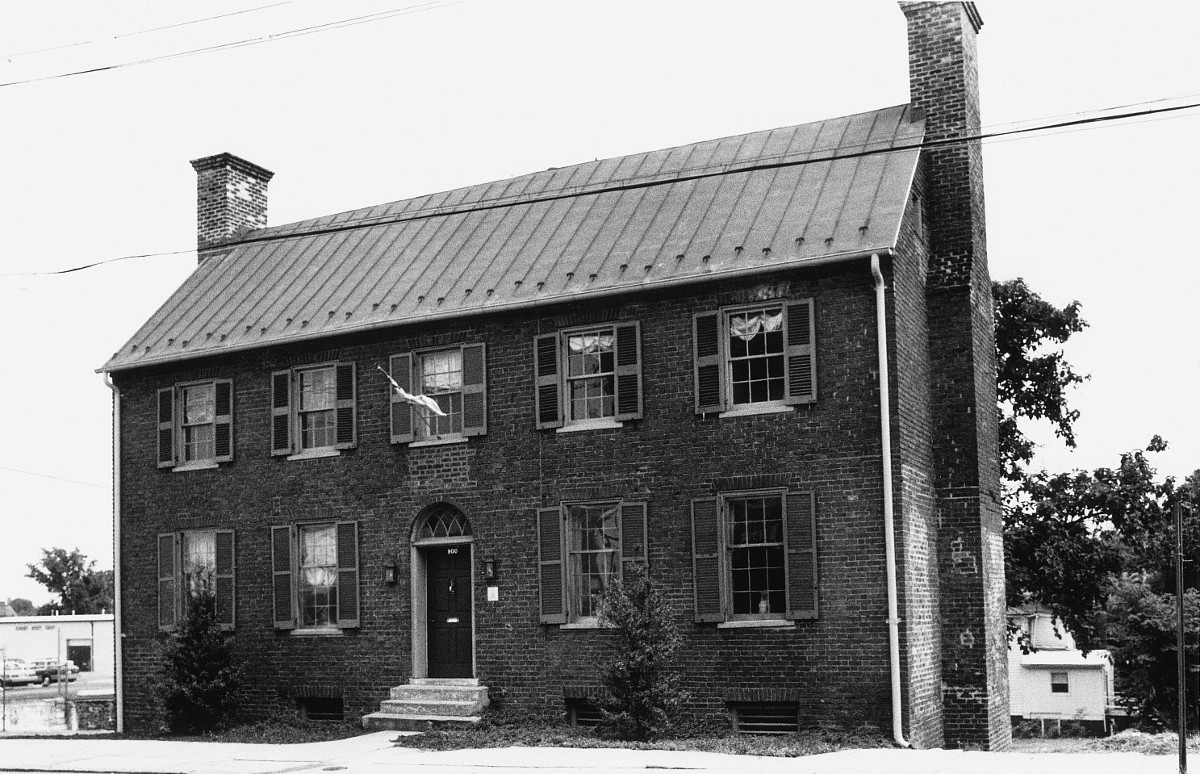 An anchor to the past on a busy commercial artery, the Kentucky Hotel is one of three surviving early Lynchburg ordinaries. The original three-bay section was probably built ca. 1800 and was likely expanded to its present five-bay form shortly before James Mallory obtained a license to sell liquor there in 1816. One of sixteen Lynchburg inns and taverns licensed in 1816, the bustling town was described that year by Thomas Jefferson as “the most rising place in the United States.” Mallory sold the property in 1826 to Jacob Feazel at which time it was called the Kentucky Hotel. The building passed through many owners until the 1980s when it was rescued from the lowest point of its fortune and carefully restored. Although neglected for many years the building remarkably preserves nearly all of its simple early 19th-century woodwork.