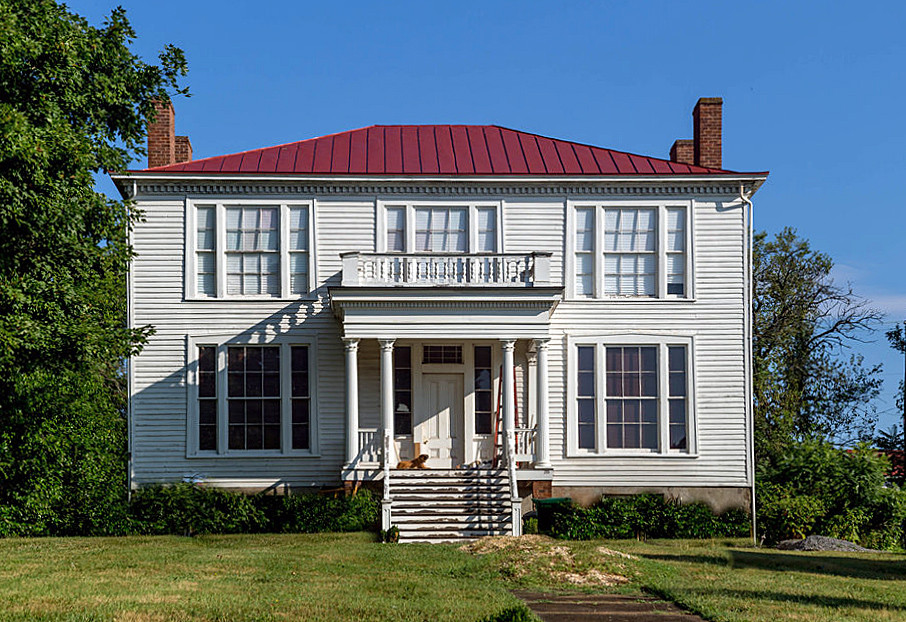 Rivermont, completed in 1852, was the home of Judge William Daniel, Jr., a leading citizen of 19th-century Lynchburg. The Greek Revival villa was oriented to afford views of the James River and the city. In building the house, contractors Bailey and Lanahan adapted details from William Ranlett’s The American Architect, including the front porch with its Tower of the Winds capitals. After the Civil War, businessman and civil engineer Major Edward S. Hutter acquired Rivermont. Hutter followed Judge Daniel’s lead by developing the Daniel’s Hill neighborhood around the house, and his later Rivermont company ranked as the city’s foremost land development company at the end of the 19th century.