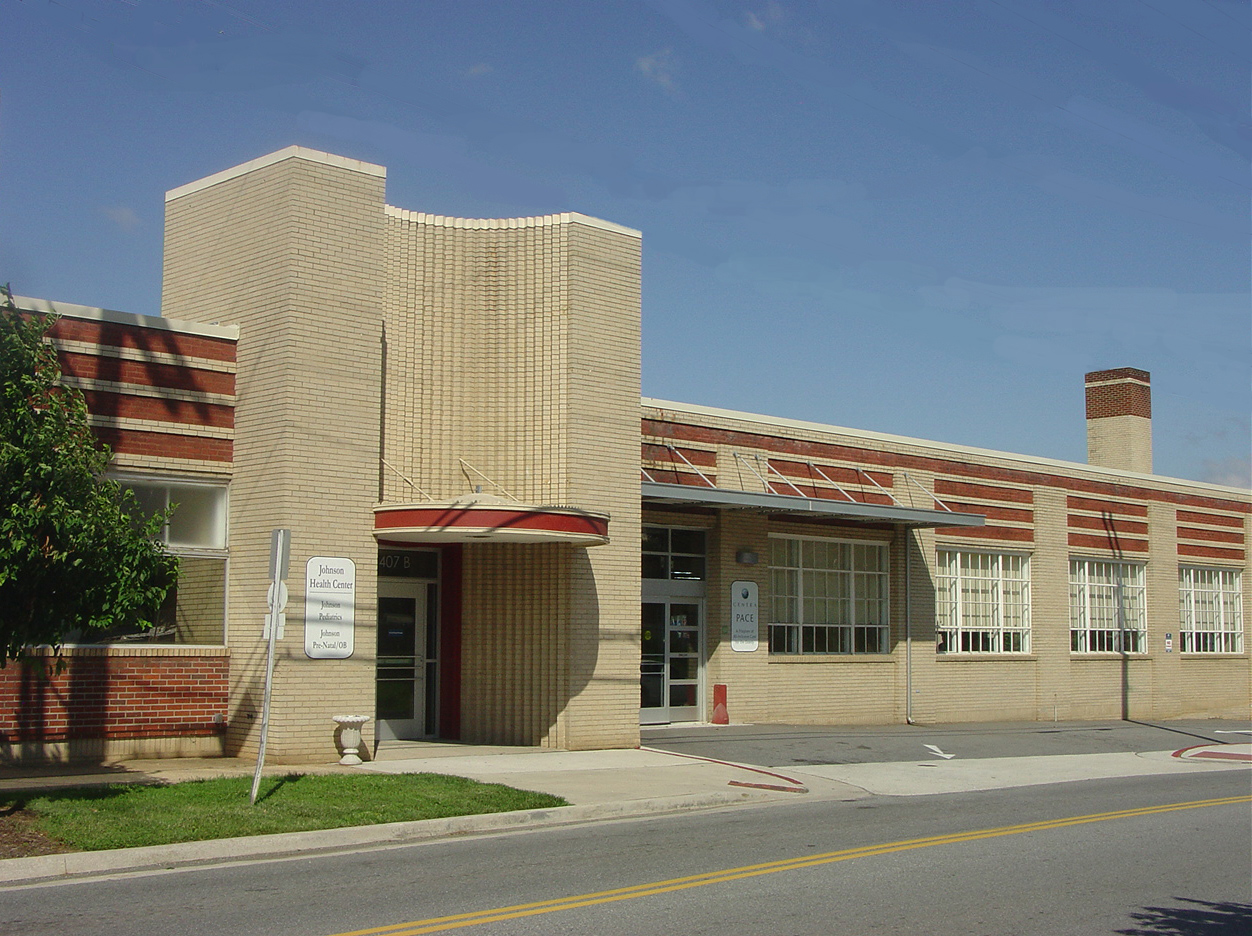 Although the Great Depression caused a dramatic decrease in the number of individuals able to purchase automobiles in comparison to the early 1920s, there were enough sales to allow the establishment in 1936 in Lynchburg of Pyramid Motor Corporation. Using a design by Lynchburg architect Stanhope S. Johnson, New York-born Robert John Keller, Jr., built the company’s distinctive Art Deco/Art Moderne-style dealership a year later. Its sleek styling, evoking the contours of the newly introduced Lincoln Zephyr automobile which the company sold, quickly distinguished the building as a Lynchburg landmark. Located on a stretch of Federal Street among other auto dealerships—the city’s 1930s motor mile—the Pyramid building’s polychrome brick walls and semi-circular yellow brick entry tower stood out. In addition to the Zephyr, Pyramid Motors sold Fords. In 1948, the building and dealership were sold out of the Keller family, and eventually it was renamed and became a Buick dealership until 1975.  The building contributes to the listed Fifth Street Historic District.