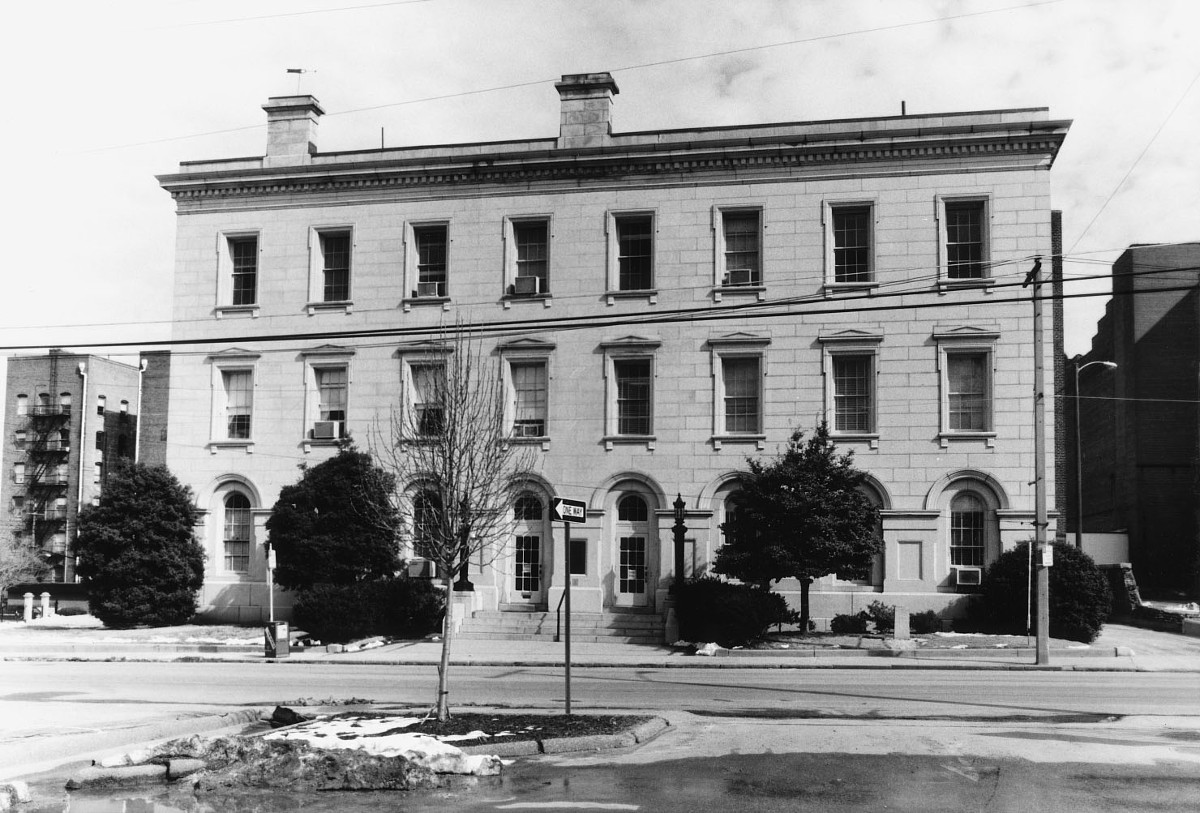 This granite edifice is part of the large number of customs houses designed by Ammi B. Young, supervising architect of the U.S. Treasury Department. Although each design differed, each was a deft statement in the then popular Renaissance Revival mode. With this effort, the Treasury Department was attempting to set a high standard for federal buildings. Young’s Petersburg Customs House, now the City Hall, was erected in 1856-59 and followed his formula of fireproof construction, dignified proportions, lean ornamentation, and granite masonry. The building was the city’s Confederate headquarters in the Civil War, and the raising of the American flag from its rooftop on April 3, 1865, signaled the end of the siege of Petersburg, one of the longest battles of the war. The building, located in the Petersburg Courthouse Historic District, was expanded by three bays ca. 1900, and in 1938 it was acquired by the city for its present use.