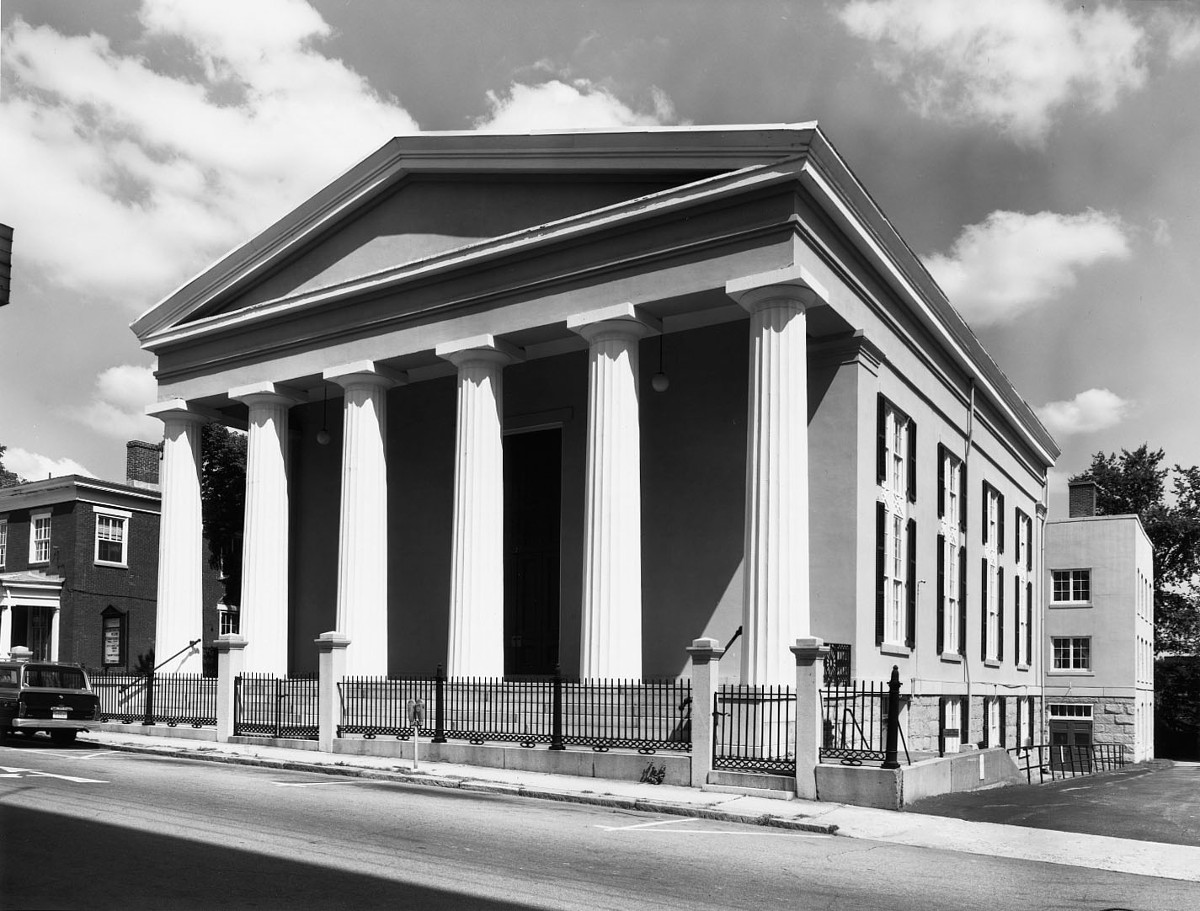 Philadelphia architect Thomas U. Walter gave Virginia a powerful interpretation of the Grecian mode with his 1843 Tabb Street Presbyterian Church. Walter, who is remembered chiefly for designing the dome of the U.S. Capitol, was perhaps most adept with the Greek orders, as evidenced in the church’s Doric portico and its interior apse. The hexastyle portico is based on the Theseion, an ancient Greek temple in Athens. The apse is fronted by a colonnade in a freely adapted Tower of the Winds order, creating one of the more dramatic spaces of its type in the country. The building was constructed by master builder Dabney Cosby, who had worked at the University of Virginia. An original square belfry with a tapered spire was removed in 1938. The present church is the third to serve the congregation since its organization in 1813.