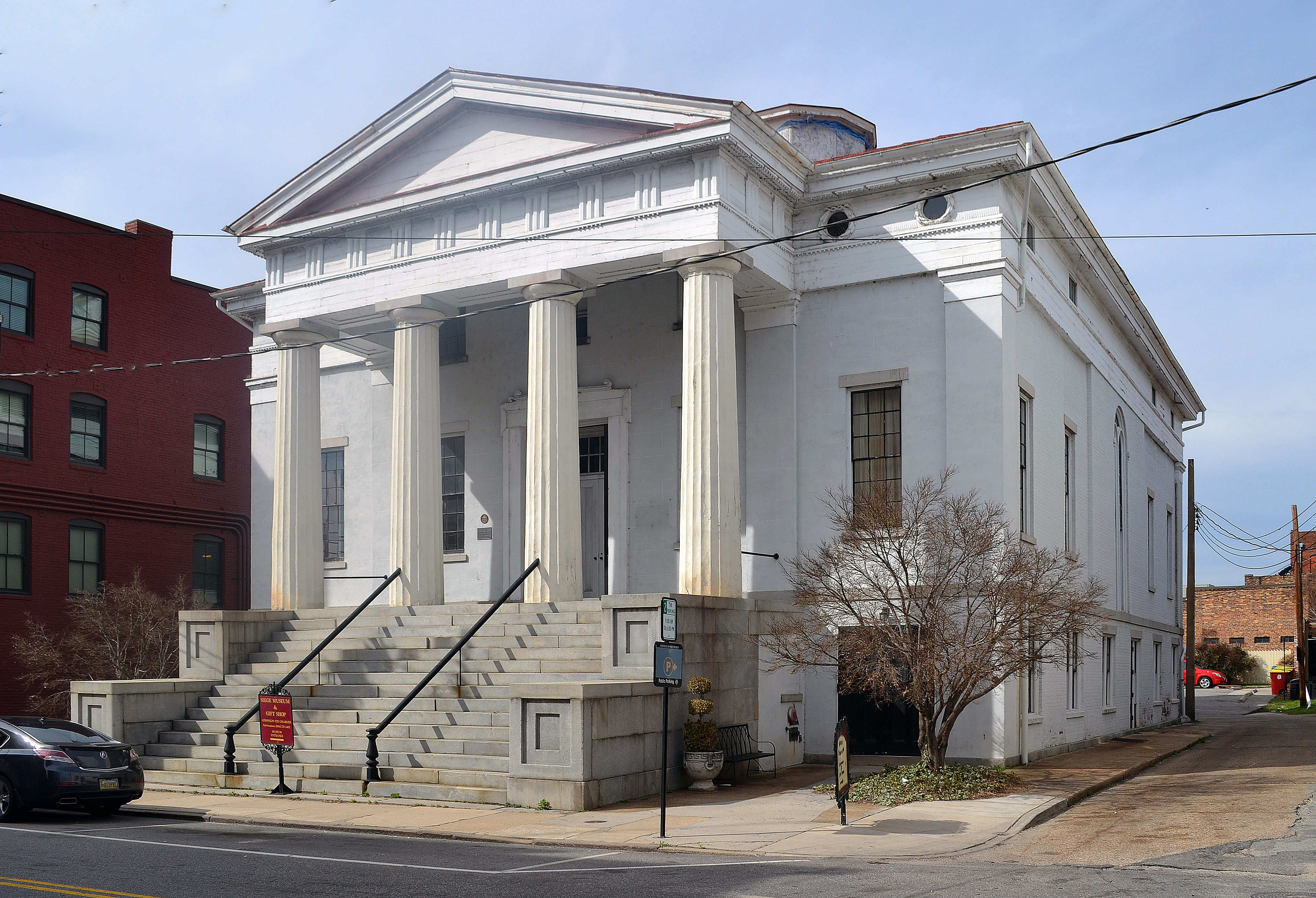 This splendid Greek Revival building completed in 1841 to house the Exchange, the city’s commodities auction house. Records show that the construction was supervised by a “Mr. Berrien” of New York, probably James Berrien, a New York architect. Calvin Pollard corresponded with Berrien on the project, hence it is speculated that Pollard may have been involved with the design, as he was architect for the Petersburg Courthouse and the first St. Paul’s Church. As originally constructed, the Exchange stood on an open ground floor where the products were displayed and traded. Auctions and public meetings took place in the domed hall above. The building was converted into a police court in this century, and the ground level was closed in. Restored by the city in the mid 1970s, it is now The Siege Museum, a museum interpreting Petersburg’s Civil War years and located in Petersburg’s Old Town Historic District.