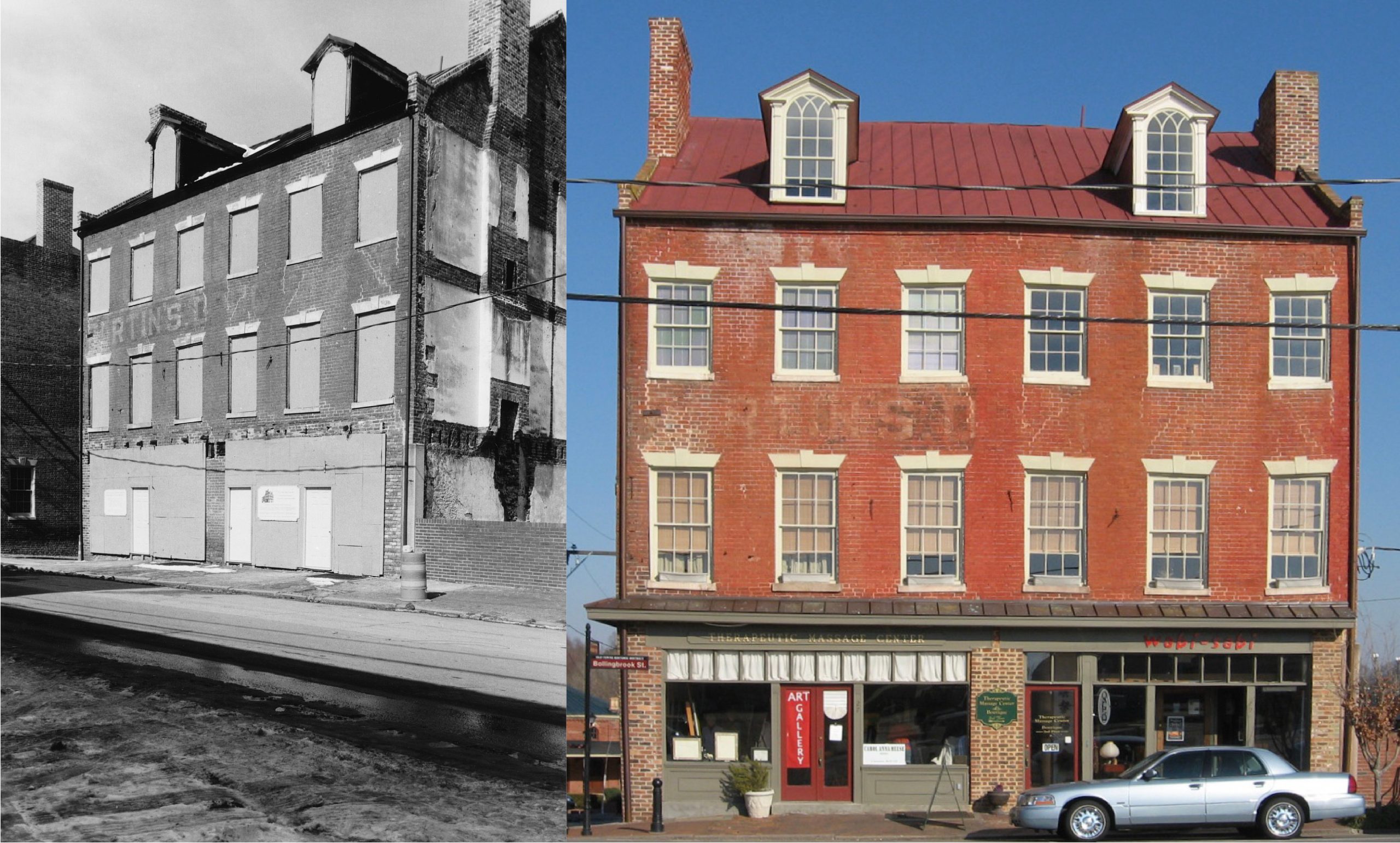 Nathaniel Friend, Jr., an import-export merchant and former mayor of the city, had this imposing example of Petersburg’s Federal-style architecture built in 1815-16. Standing across Cockade Alley from the Farmers’ Bank, the Friend House is in the heart of Petersburg’s historic commercial area. Although the enormous dwelling remained vacant for many years and had its first floor altered, the excellent Federal woodwork of the upper floors remained largely intact. Following the failure of several private attempts at restoration, the property was acquired for preservation by the city, which undertook basic structural stabilization. Despite its neglected state, Nathaniel Friend’s mansion was considered to be a pivotal historic and architectural resource for the Petersburg community. Ultimately it was successfully rehabilitated. It now stands as a noteworthy example of the many achievements that the city has achieved through its preservation efforts since the property was listed in the Virginia Landmarks Register.