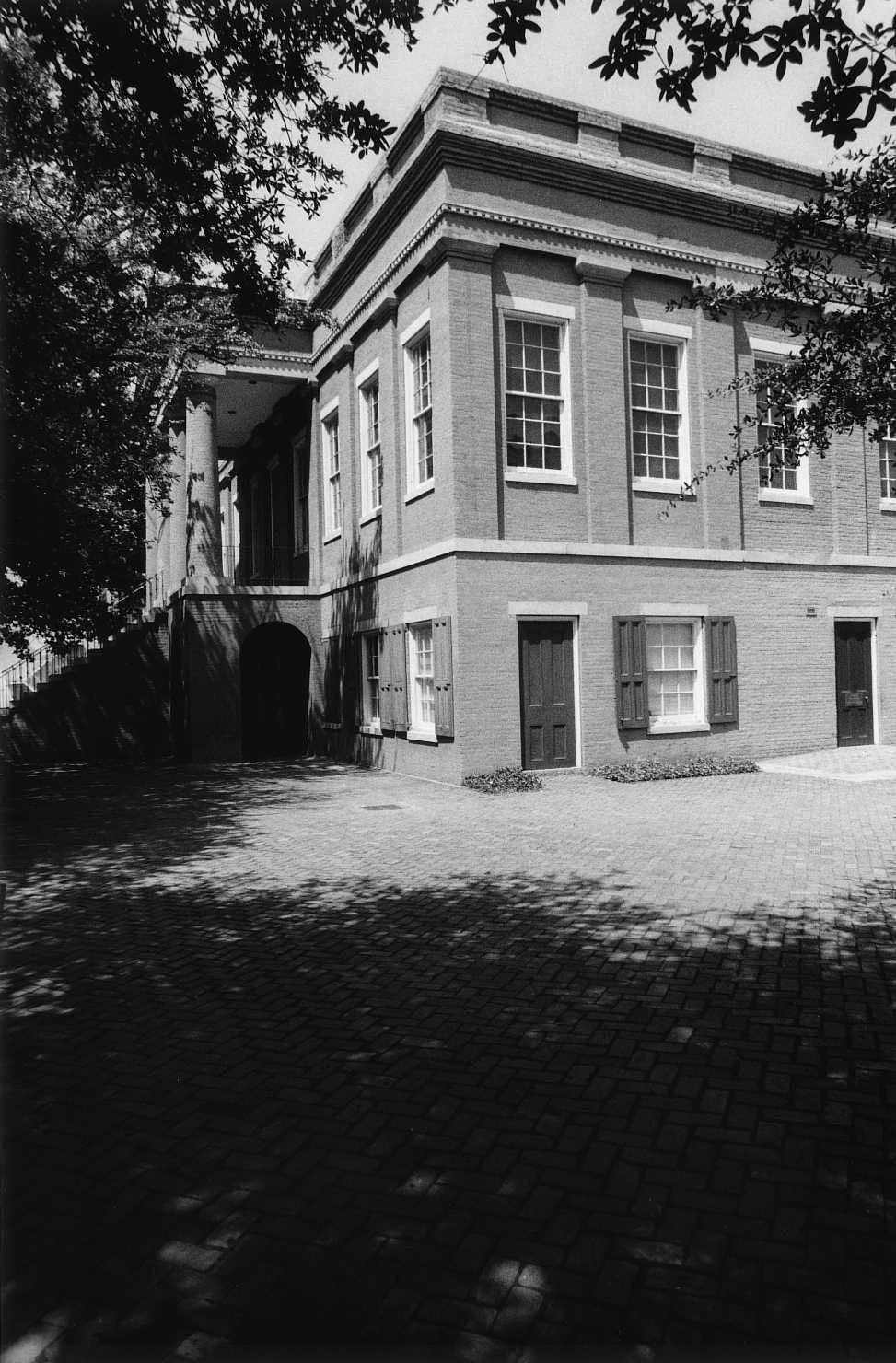 Portsmouth’s former courthouse, the pivotal landmark of the city’s Four Corners at the intersection of Court and High streets, was built in 1846 as the Norfolk County Courthouse. It continued in that capacity until 1960 when the county was incorporated as the city of Chesapeake and the seat of government moved to Great Bridge. The building served as the Portsmouth Courthouse into the next decade when its functions were transferred to a modern facility. The Greek Revival building, with a lean Doric portico above a high basement, was designed by Portsmouth native William B. Singleton and was described after its completion as “a beautiful structure, highly ornamental to the town.” The courthouse is now a cultural center with its exterior restored to its original appearance, including the reconstruction of its long vanished cupola.