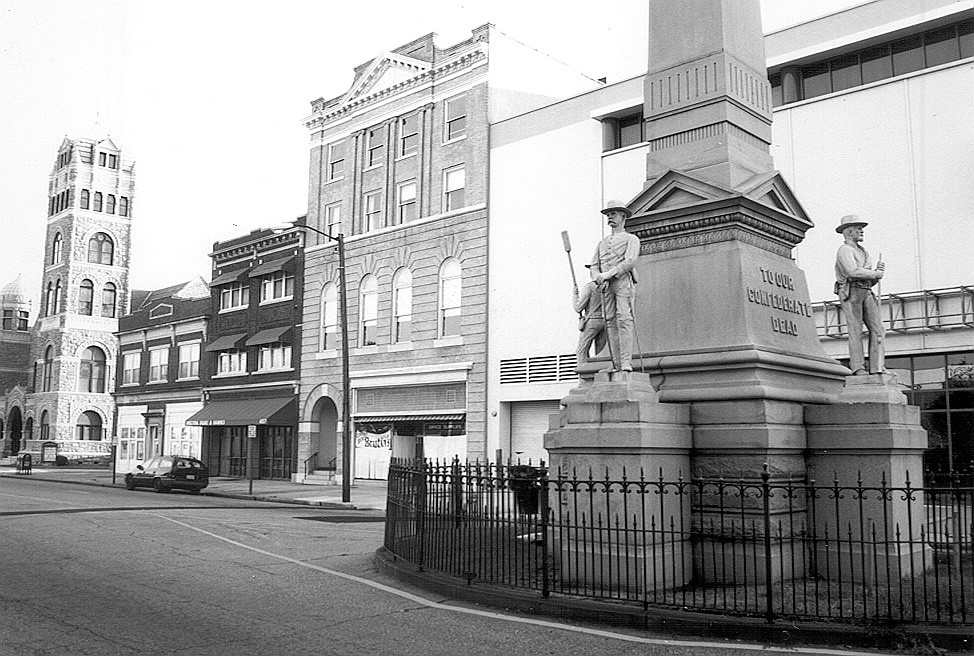 The Downtown Portsmouth Historic District, also known as the High Street Corridor, is comprised of buildings primarily dating to the years around the turn of the 20th century, and include such architectural styles as Gothic Revival, Greek Revival, Colonial Revival, and Romanesque Revival, as exemplified by Pythian Castle. Located within the district’s boundaries are churches of almost every major denomination in the city including St. Paul’s Catholic Church, Trinity Episcopal Church, First Presbyterian Church, and Ebenezer Baptist Church. Dominating the district are two-story brick commercial buildings with a first-floor, three-bay storefront consisting of two fixed glass display windows and a central, recessed entrance. The historic Norfolk County Courthouse is also located in the district. The High Street corridor bloomed as a commercial district out of necessity during the post-Reconstruction era as the city’s population increased rapidly. The commercial nature of the district remains vibrant to this day.