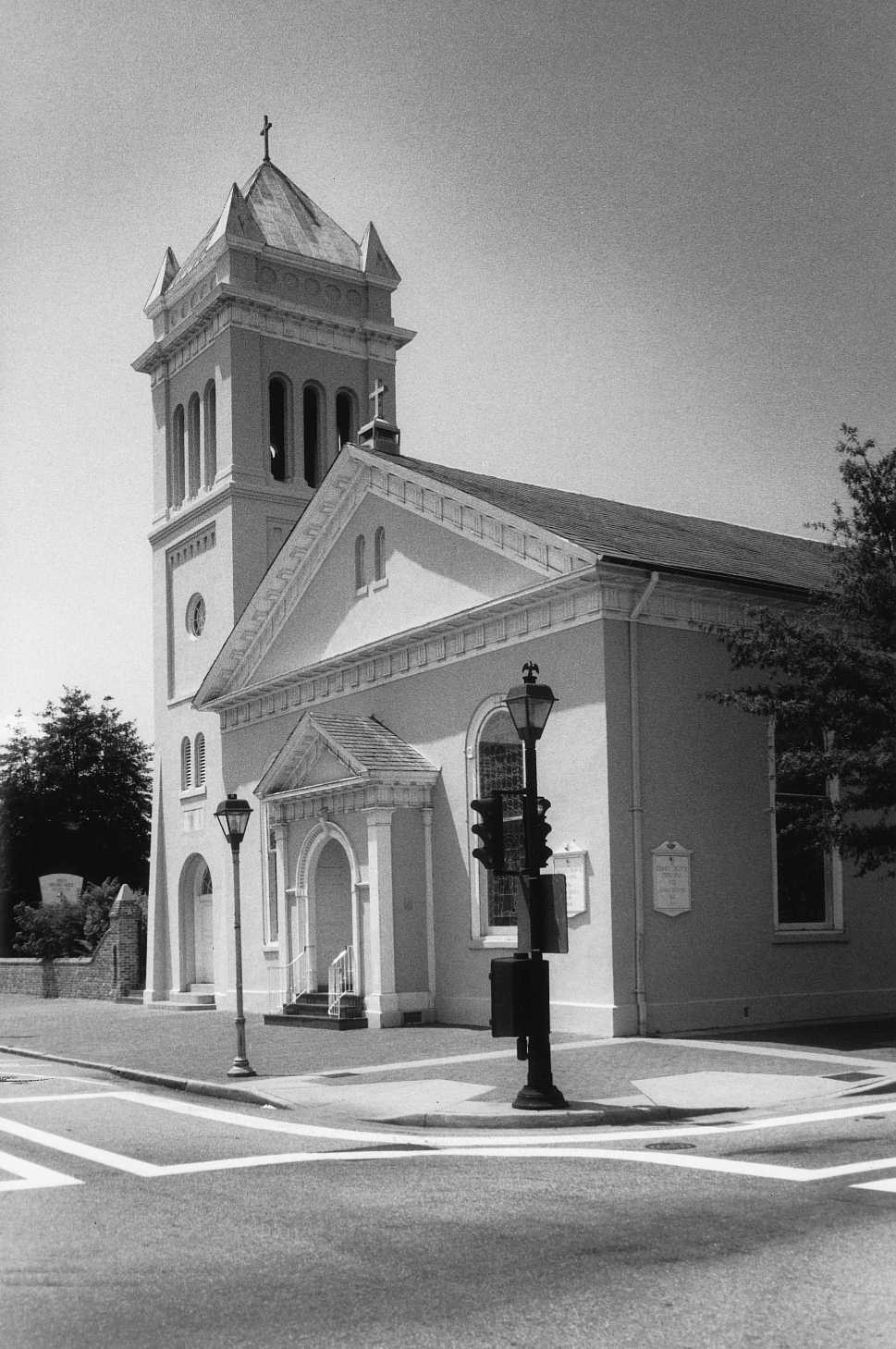 Trinity Church was built between 1828 and 1830 on the site of the parish’s original 1762 church. The congregation of the first church dwindled after the disestablishment of the Anglican church but was revived in 1820 under the leadership of the Rev. John H. Wingfield. When it was attempted to enlarge the colonial church, the structure was found to be so decayed that the building was pulled down save for one wall which is believed to be incorporated in the present structure. During the Civil War Trinity was used as a Confederate hospital. The formerly simple Federal-style building has been remodeled and redecorated many times and contains six Tiffany stained-glass windows. The tower, an important architectural landmark for Portsmouth’s historic Four Corners, the principal downtown intersection, was added in 1893. Trinity’s picturesque churchyard contains gravestones dating as early as 1763.