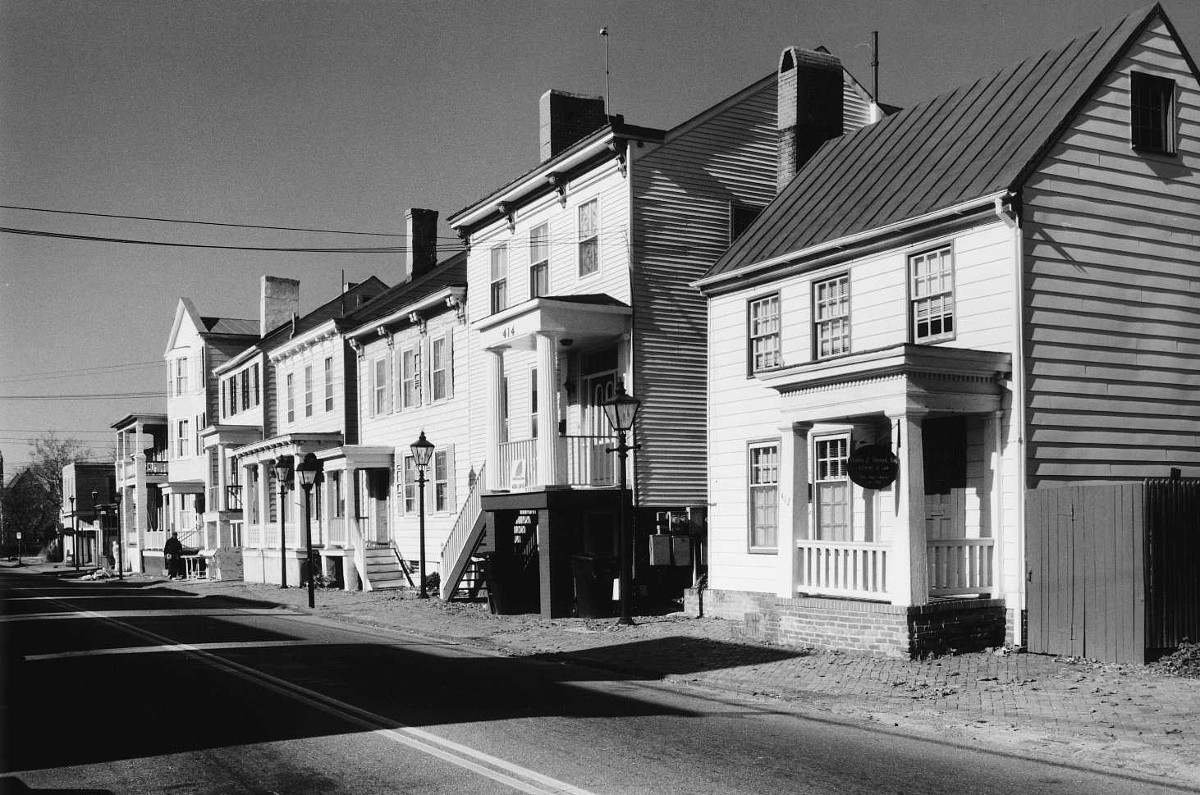 The historic core of Portsmouth occupies over twenty blocks in the northeastern corner of the city, overlooking the busy Elizabeth River. Preserved in the grid-plan area is a fine assemblage of late-18th- and 19th-century urban buildings, comprising the only large early townscape remaining in the Hampton Roads area. Distinctive among the district’s dwellings are the tall, narrow Federal and Greek Revival town houses, most with side-hall plans, basements fully above ground, and entrances reached by long flights of wooden steps. Interspersed are Victorian dwellings with fancy exterior woodwork and porches. Portsmouth was founded in 1752 by Col. William Crawford who named it in honor of the English naval city. Unlike Norfolk, Portsmouth was spared the torch during the Revolution. The preservation of the district was advanced by the 1968 Olde Towne Conservation Project, Virginia’s first federally assisted urban conservation effort.

In 1983, the Portsmouth Olde Towne Historic District was extended to include two sections. The first extension is situated west of the original Olde Towne district on North Street and contains five turn-of-the-century vernacular dwellings and is anchored by the Italianate-style Emanuel A.M.E. Church (1857). The second extension encompasses approximately four blocks of late-19th- and early-20th-century residential structures lying between the southern side of London Boulevard and Queen Street. This extension has been made to include two churches: the Court Street Baptist Church (1901-03), an outstanding example of the Romanesque Revival style; and the Monumental Methodist Church (1876).
[VLR Listed: 1/18/1983; NRHP Listed: 10/6/1983]