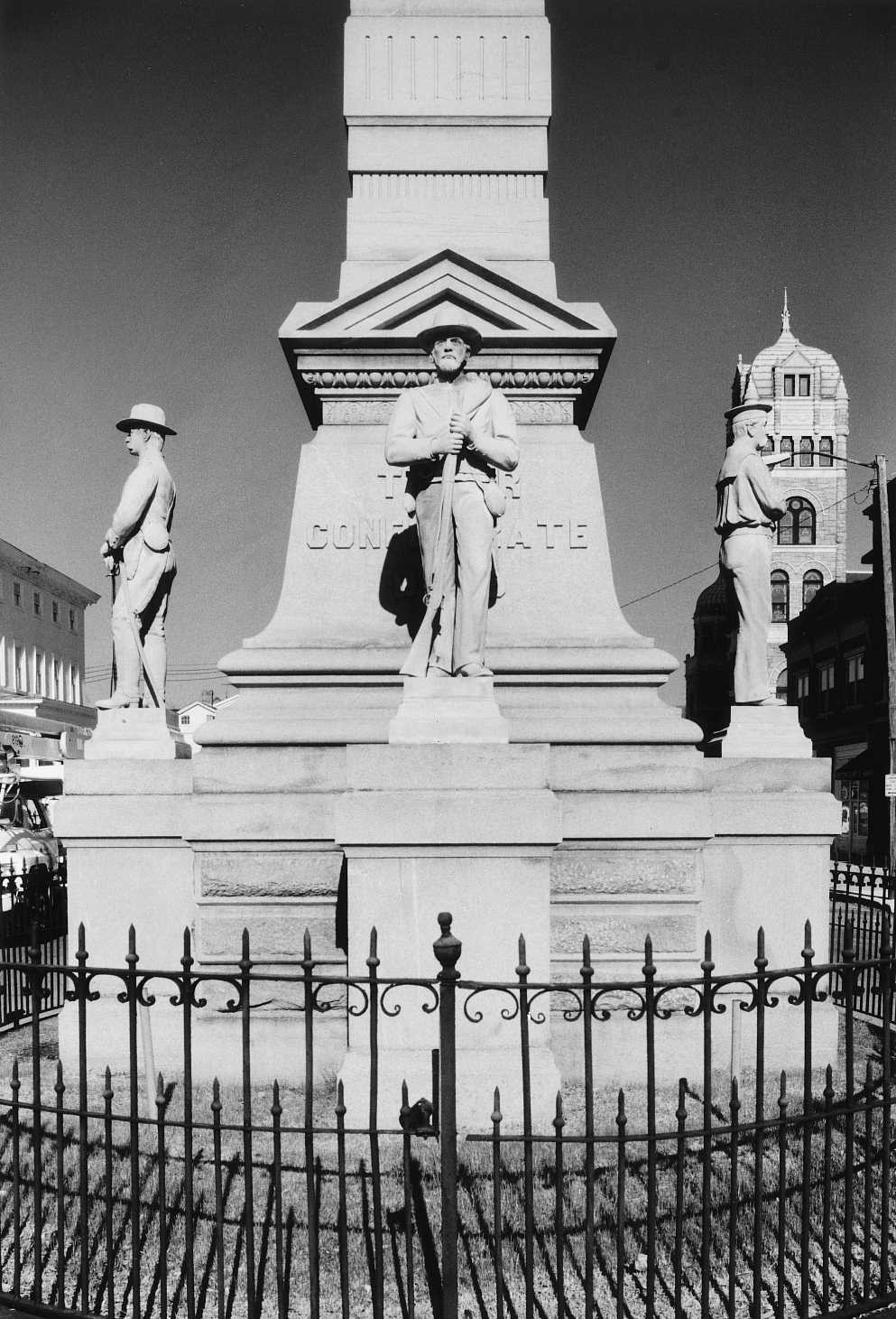 Portsmouth’s Confederate Monument, one of Virginia’s most ambitious Confederate memorials, was designed by Charles Cassell and consists of an obelisk on a rusticated base guarded by four statues representing the branches of the Confederate military. Unlike most monuments, the statues are not generic figures but are modeled after local residents. Photographs of the models were displayed in a shop window and citizens voted their choice of poses with an obligatory contribution to the memorial fund. The monument was completed in 1893, seventeen years after the cornerstone was laid. It is one of only three monuments honoring the Confederate sailor. The sailor here faces east toward the route of the CSS Virginia from Portsmouth to her famous engagement with the USS Monitor. The monument graces the Four Corners intersection laid out by Portsmouth’s founder William Crawford in 1752, and is located in the Downtown Portsmouth Historic District.