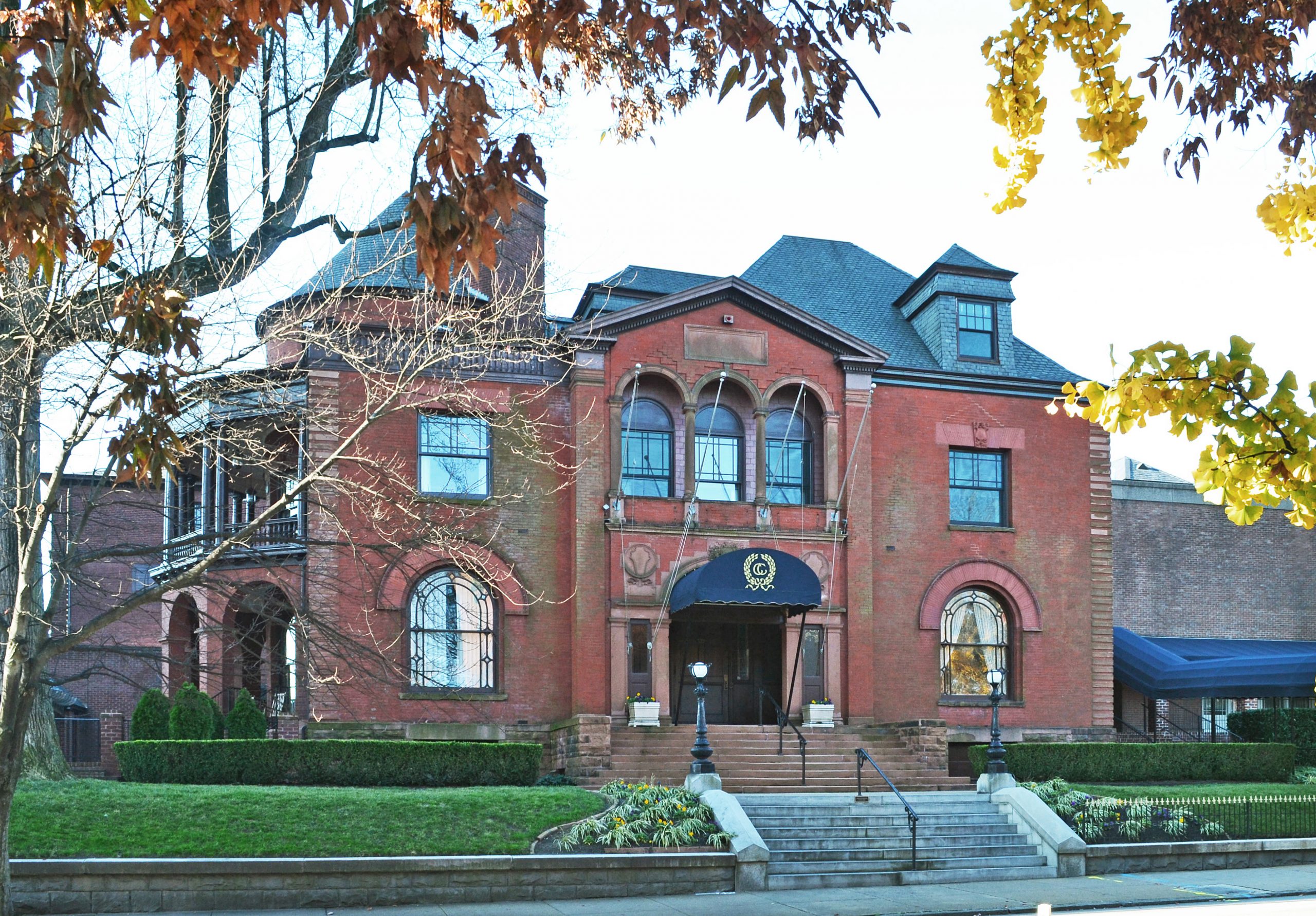 The Commonwealth Club Historic District area around West Franklin Street’s 400 block holds one of the city of Richmond’s best-preserved clusters of turn-of-the-20th-century, upper-class town houses. Its focal point is the Commonwealth Club, a gentlemen’s club designed in the 1890s by Carrere and Hastings of New York and one of Richmond’s earliest expressions of the Colonial Revival. Although the block was once part of an unbroken progression of fine residences extending from Capitol Square to Monument Avenue, it is now a detached enclave in the midst of high-rise development. The stylistic diversity of the period is well illustrated here with houses in the Italianate, Romanesque, and Renaissance styles, all executed with harmonious scale and materials. The Commonwealth Club remains an influential social institution for the city; most of the district’s houses have been rehabilitated for offices.