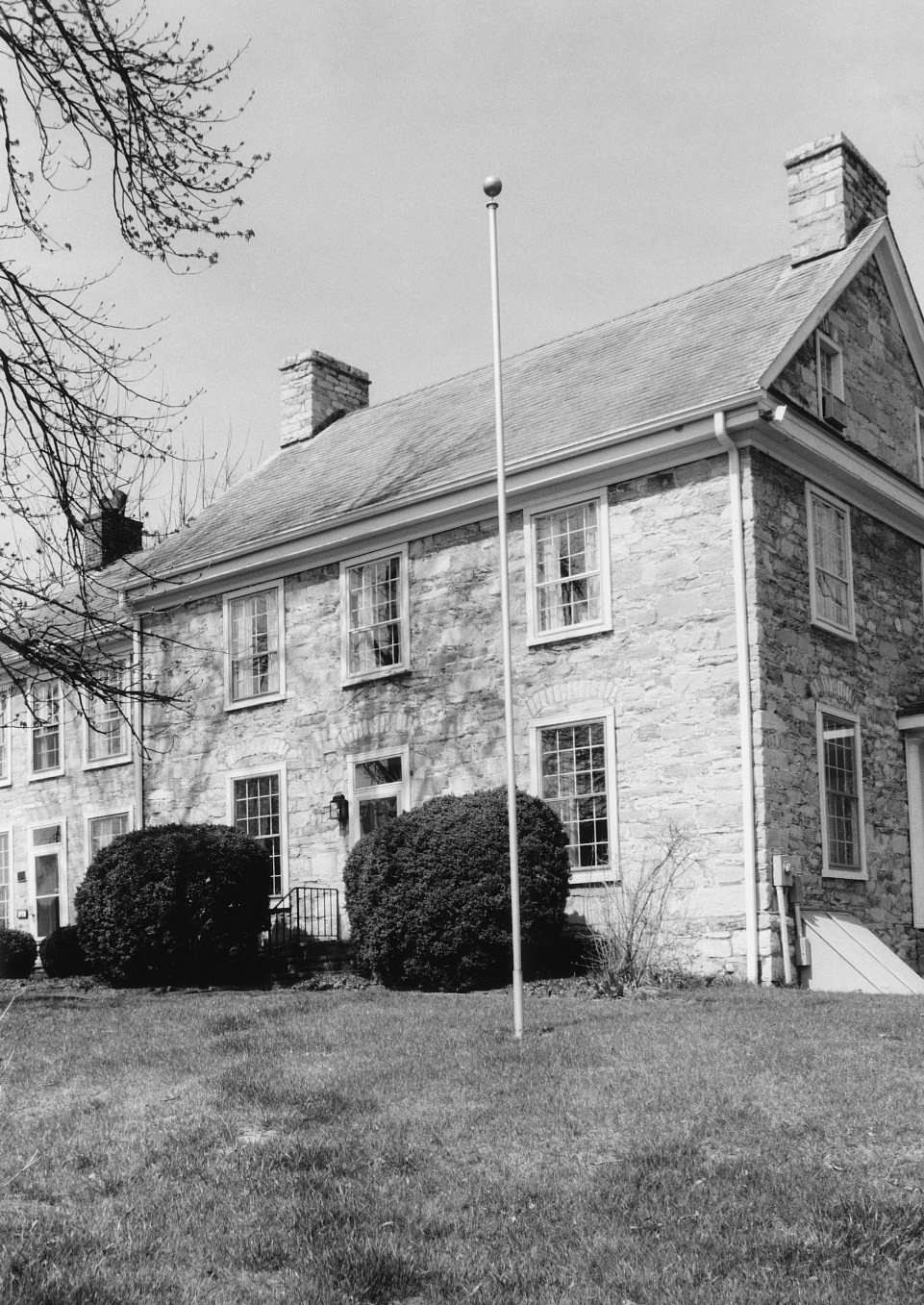 The region’s easily worked blue-gray limestone made an ideal building material for some of the Shenandoah Valley’s earliest houses. Among these solid structures is the dwelling erected in 1754 for Isaac Hollingsworth on property settled in 1732 by his father, Abraham Hollingsworth, and named in his honor. The stonemason was Simon Taylor, who also is credited with Springdale, the 1753 home of John Hite south of Winchester. The house employs a two-over-two floor plan with center passage, a plan favored by the area’s Scotch-Irish settlers. A two-story wing was added ca. 1800, and the original woodwork was replaced with Greek Revival trim in the mid-19th century. Acquired by the city of Winchester in 1943, the house is exhibited as a museum of early life by the Winchester-Frederick County Historical Society.