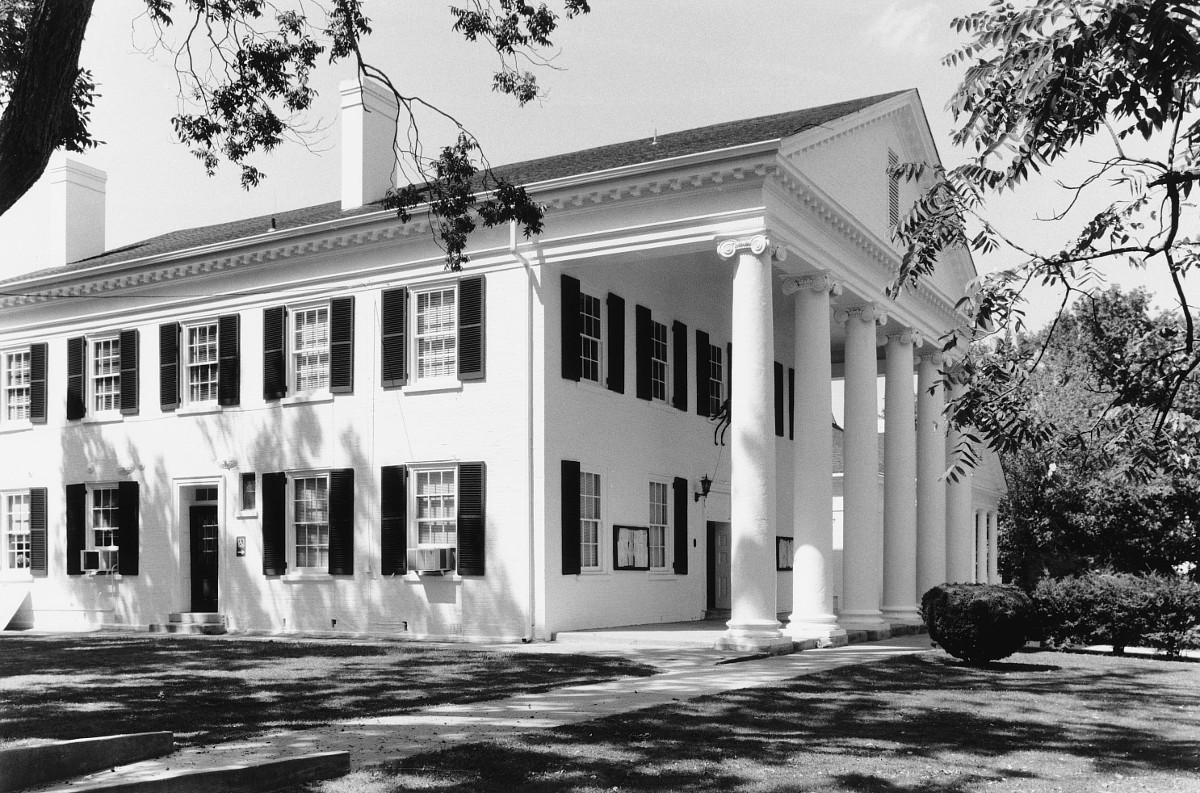 Of Virginia’s courthouses influenced by the architecture of Thomas Jefferson, none has a more elegant formality than Mecklenburg’s courthouse of 1838-42. It is the only temple-form building of the group employing a Roman Ionic order and having a hexastyle portico. With its brick walls now painted white, the building has a striking resemblance to Jefferson’s Virginia State Capitol, both using similar Ionic capitals. The courthouse was built by the area master builder William A. Howard, who also built the Cumberland courthouse and helped build the Lunenburg courthouse. Boydton was established as the county seat in 1811. The county outgrew its first structure and in 1838 voted to erect the present building. Also on the tree-shaded court square is the clerk’s office and a Confederate monument.