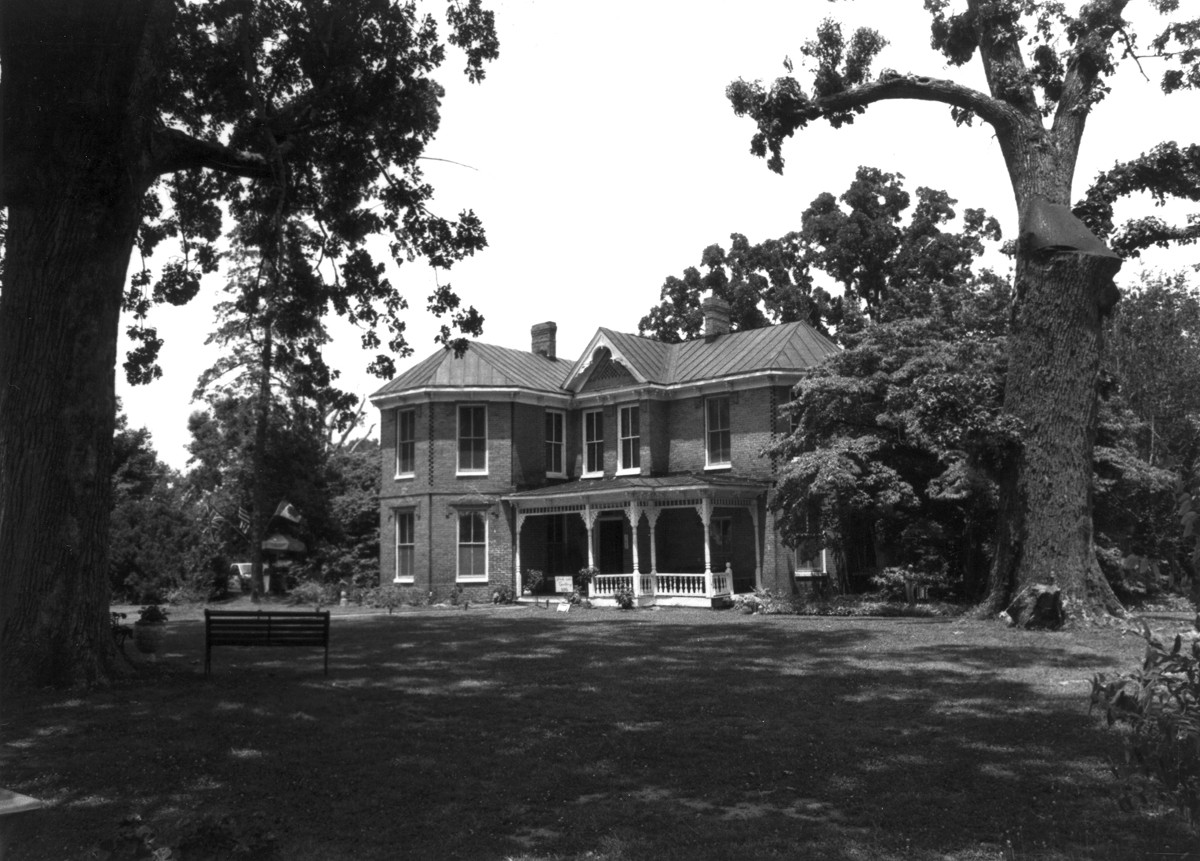 Judge Henry Wood House, a well-rendered essay in the Queen Anne style, is actually a clever reworking of a late Federal structure. The ingenuity of its final builder in blending portions of two previous constructions into the final house is both amazing and amusing. Residents included members of the Clark Royster family, the founder of Clarksville, men involved in building turnpikes and railroads, members of the General Assembly, and a founder of the Buffalo Springs spa. The house bears the name of Judge Wood who lived there for almost 50 years, but never actually owned it. During the Civil War, the family of Confederate General William Mahone was sequestered there.