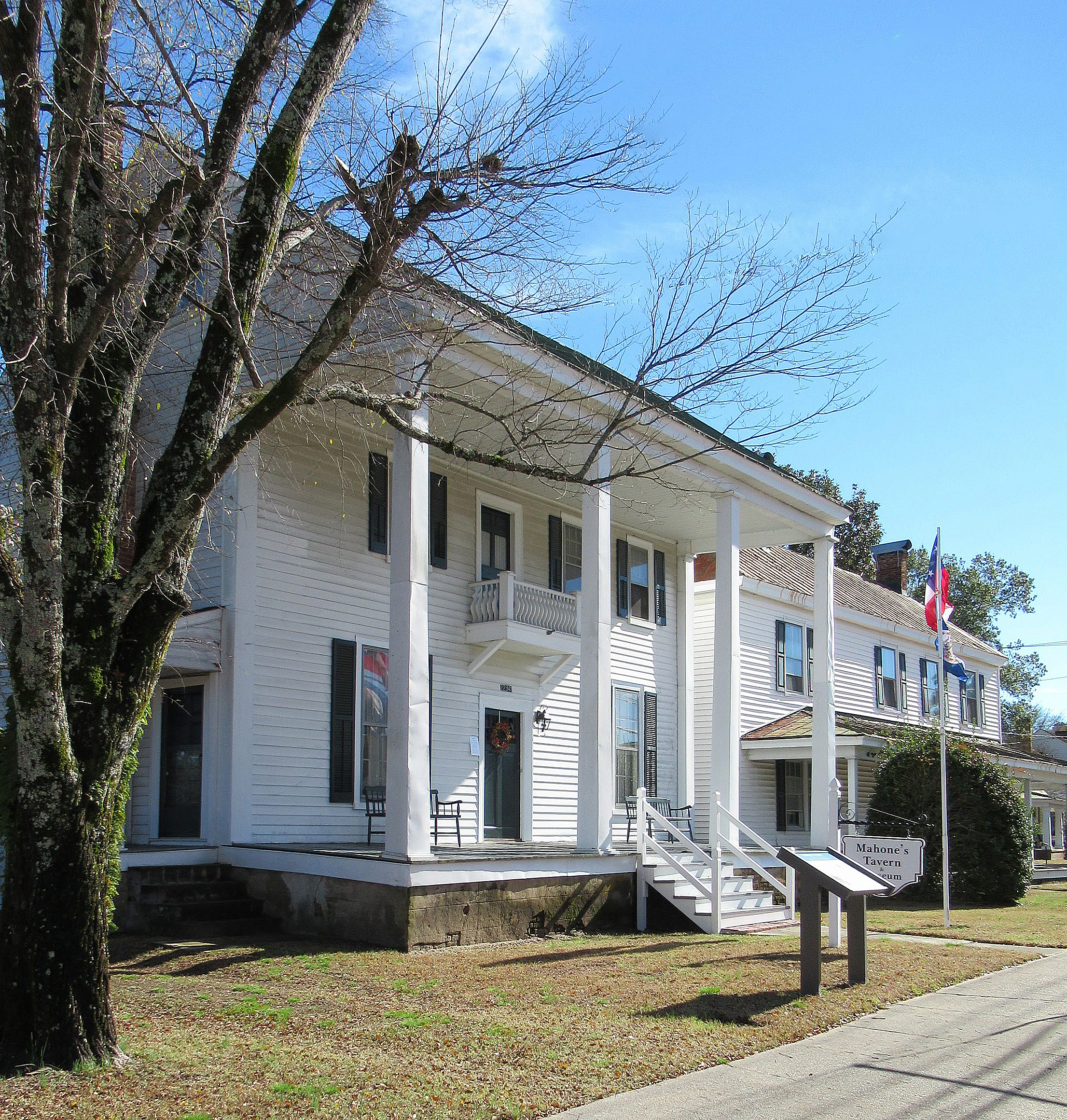 There are no places in Southampton County more heavy with history than those associated with the 1831 Nat Turner Insurrection. Mahone’s Tavern in the county seat of Courtland (formerly Jerusalem) is among them. Built in 1796 and known variously as Kello’s Tavern, Vaughan’s Tavern, and Howard’s Hotel, the Federal-style building was for a long time the focal point of political and social life in Jerusalem. Its most well-known name derives from the ownership of Fielding Mahone, father of famed Confederate general and Virginia Readjuster politician William Mahone, who lived at the tavern during his teenage years. The building’s most important role, however, came in the fall of 1831, when it and many other buildings in Jerusalem were used as a refuge for white citizens, as Nat Turner and his followers made their way through the countryside, ultimately killing approximately 60 people. Local militias sent out in search of Turner were also housed and organized at the tavern, and its then owner, Henry Vaughan, became infamous for his alleged shoddy treatment of militia members and overcharging of the state for his services. The building ceased to function as a tavern at the beginning of the 20th century. The tavern was eventually obtained by Mahone’s Tavern and Museum to ensure the building’s preservation and interpretation.