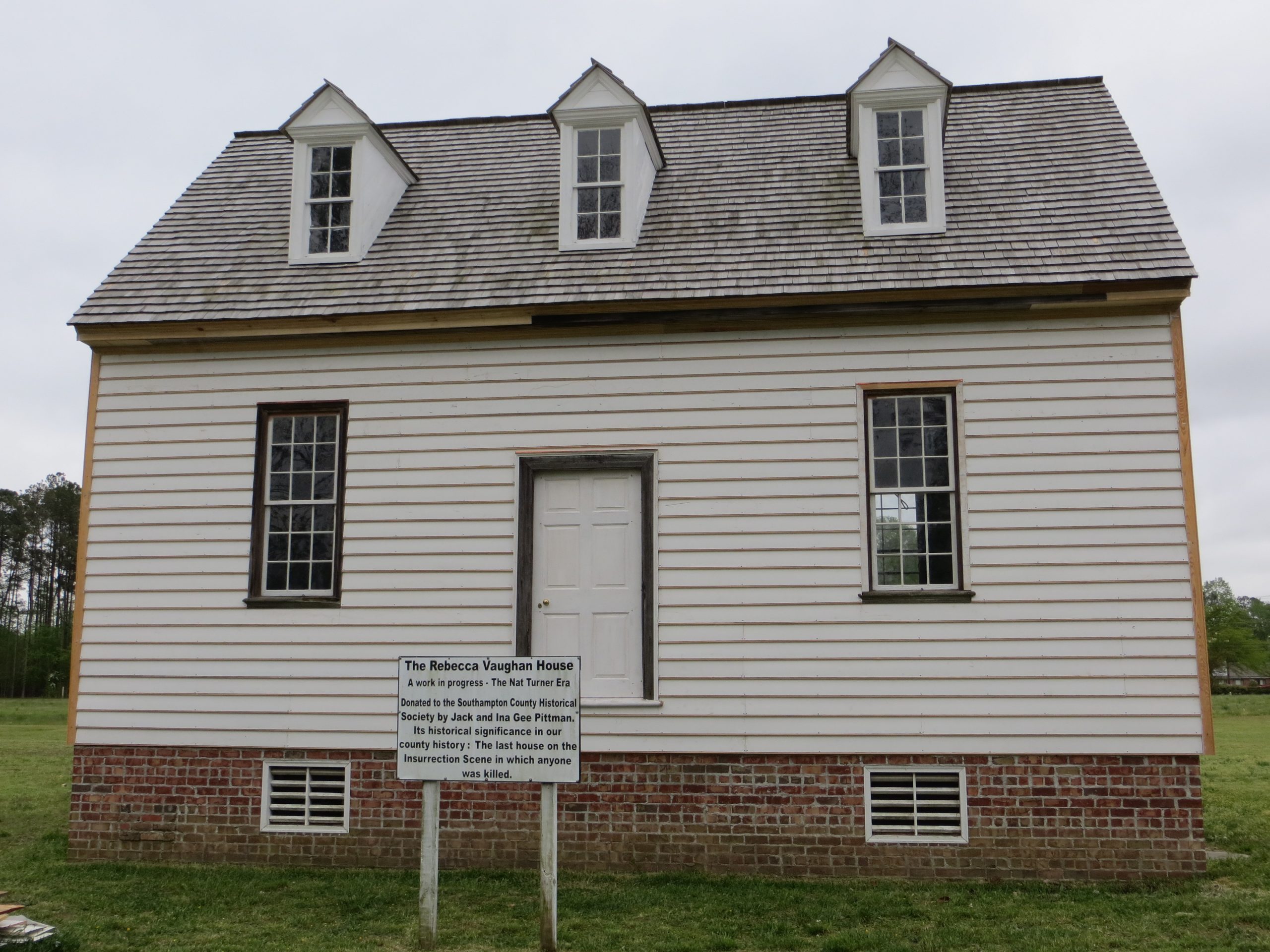 The Rebecca Vaughan House is the only intact house remaining where white owners and their families were killed during the Nat Turner slave rebellion in Southampton County. The house is also the last place where Turner and his followers killed residents during their two-day rebellion in August 1831. That insurrection of slaves against white owners, led by the enslaved Turner, was the most violent slave revolt in the U.S. and the last organized one attempted in the South prior to the Civil War. Buildings at other places associated with killings during the rebellion are extremely deteriorated or vanished, making the Vaughan house, which was also in poor condition at the time of listing, the last such remnant of the event. In 2004, the house was moved from its original location on a farm in Southampton County to the town of Courtland in order to save the structure from demolition. That move was supported by the Southampton County Historical Society, which had acquired the building for conversion to a museum as part of the Southampton Agriculture and Forestry Museum’s Heritage Village.

Additional documentation, in the form of an updated nomination cover page, was accepted by the National Register in 2017.
[NRHP Accepted: 8/21/2017]