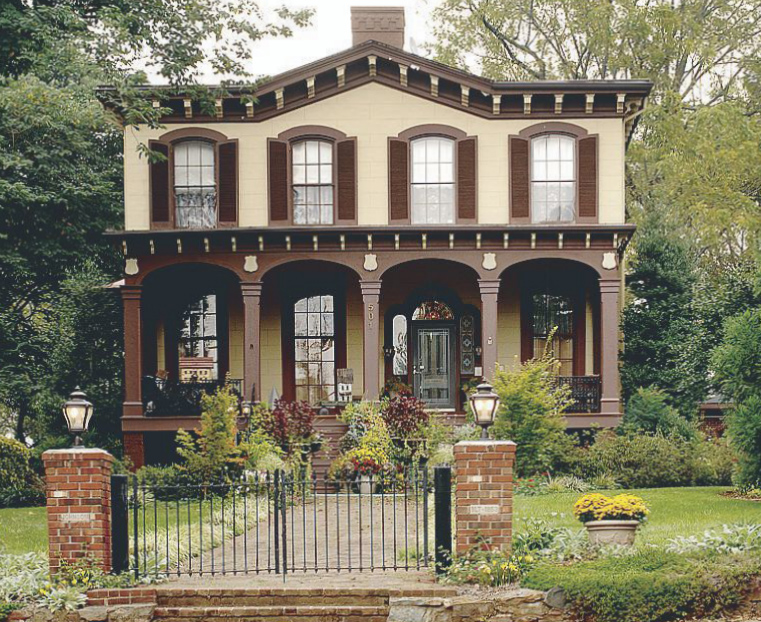 The Hill Mansion is a sophisticated example of the Italianate style, one of the several picturesque modes popular in the 1850s. The house was completed in 1857 for Edward Baptist Hill, member of a prominent Culpeper family. The front is sheltered by an arcaded veranda, a feature advocated for southern houses in this period. Other noteworthy features are the scored stucco, the elaborate porches, both cast-iron and wood, as well as interior appointments, including a broad curving stair. The house served as a Confederate hospital and was visited both by Maj. Gen. A. P. Hill, a brother of the builder, and Gen. Robert E. Lee, whose wounded son, Brig. Gen. W. H. F. (“Rooney”) Lee, was nursed there. Later in the war it was used as headquarters for Union troops.  The house contributes to the South East Street Historic District in the town of Culpeper.