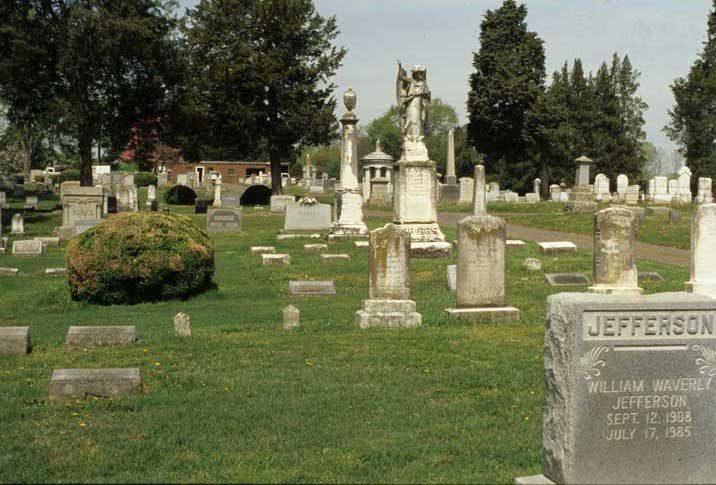 Since its founding around 1855, Fairview Cemetery has been an important component of the physical and cultural landscape of Culpeper. As a municipal cemetery, its establishment, expansion, and improvements over the years reflect the citizens’ and the local government’s evolving role in community planning. In 1881, as part of a nationwide movement to commemorate soldiers who died during the Civil War, Fairview became the site of the Culpeper Confederate memorial, which in its placement and design typifies the memorials that many Southern communities established in the first two decades after the war. Fairview also is associated with the history of Culpeper’s African American community. In 1903, as a result of local efforts to impose state-sponsored racial segregation, town officials segregated the cemetery. Consequently, in 1904, Antioch Baptist Church and two local benevolent societies established an African American cemetery on land adjacent to Fairview Cemetery, until 1970 when the two cemeteries were united.