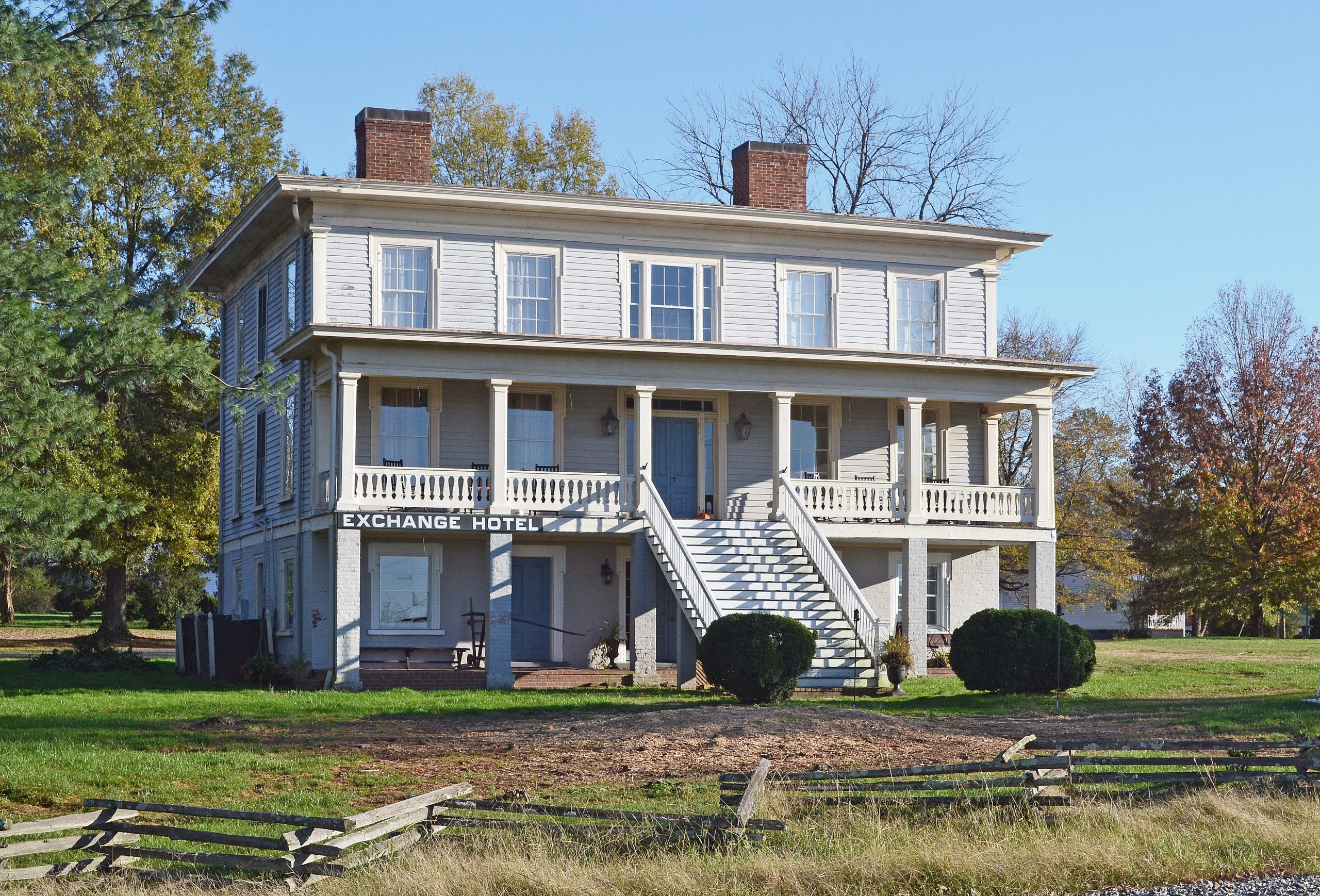 This landmark in the Orange County town of Gordonsville is a forerunner of the large railroad hotels that played an important role in the transportation history of late-19th- and early-20th-century America. The galleried structure was built in 1860 for Richard F. Omohundro next to an important railroad junction. It served as a popular stopping place for travelers until the outbreak of hostilities when, because of its strategic location, it became part of the Gordonsville Receiving Hospital, admitting more than 23,000 sick and wounded in less than a year. The scene of untold agony and death, the building survived the conflict. It again became a hotel after the war and enjoyed a fine reputation until the 1940s when it went into decline. Historic Gordonsville, Inc. acquired and restored the building in the 1970s. It then went on to serve as the Exchange Hotel Civil War Museum.