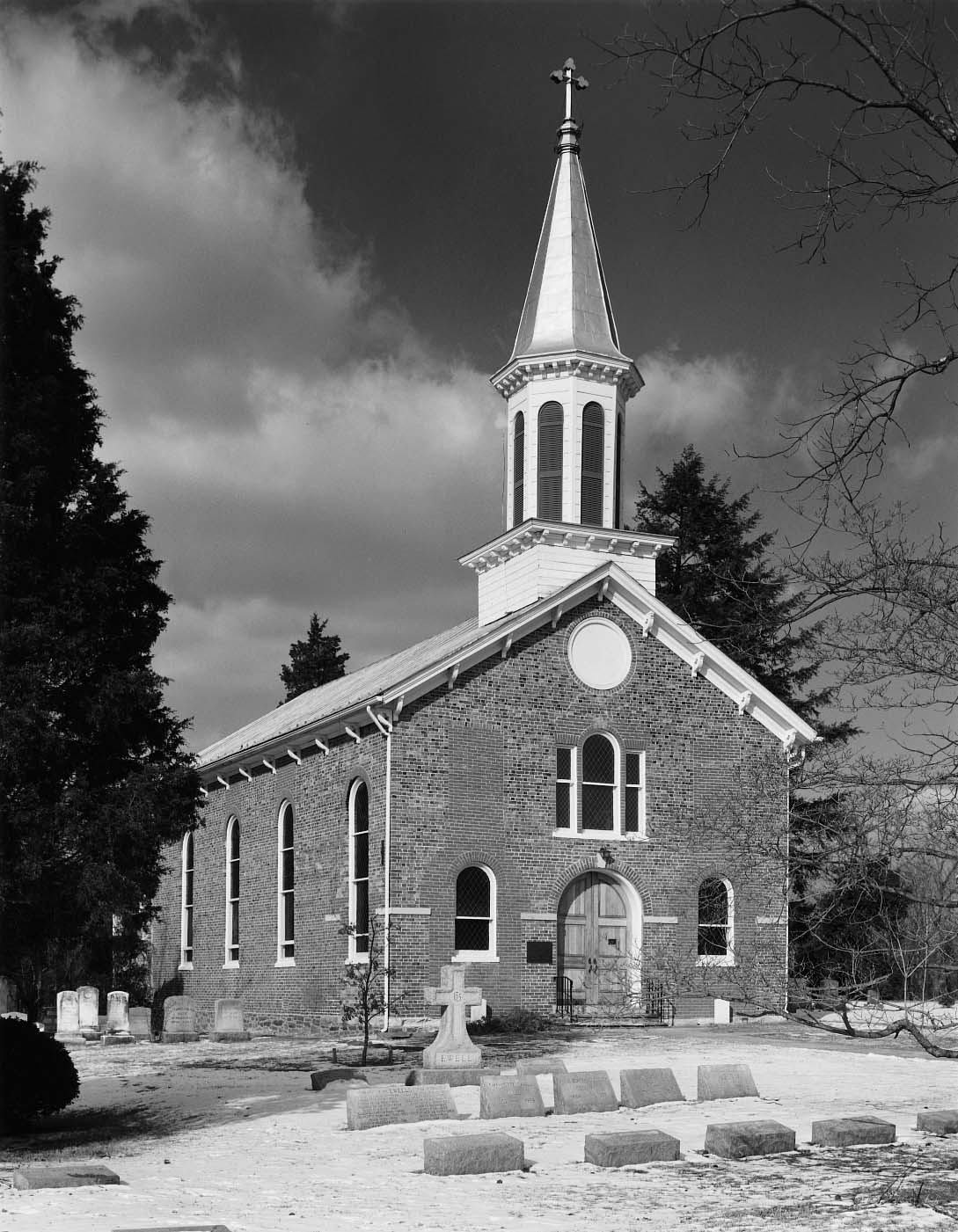 Haymarket’s Episcopal Church was built in 1801 as a district courthouse for the counties of Fairfax, Fauquier, Loudoun, and Prince William. Like other early-19th-century Virginia courthouses it originally had an arcaded entrance. The district court was accommodated here until 1807 when changes in the court system resulted in the eventual sale of the building and its conversion to an academy. It was first used as an Episcopal church in 1822 and was consecrated by Bishop William Meade in 1834. Near both the first and second battles of Manassas, the church was used by both sides at different times as a hospital. In November, 1862 Union troops converted the building to a stable and then burned it. The congregation rebuilt within the original walls in 1867, at which time the arcade was closed up for the narthex and the belfry and bracketed cornice were added.