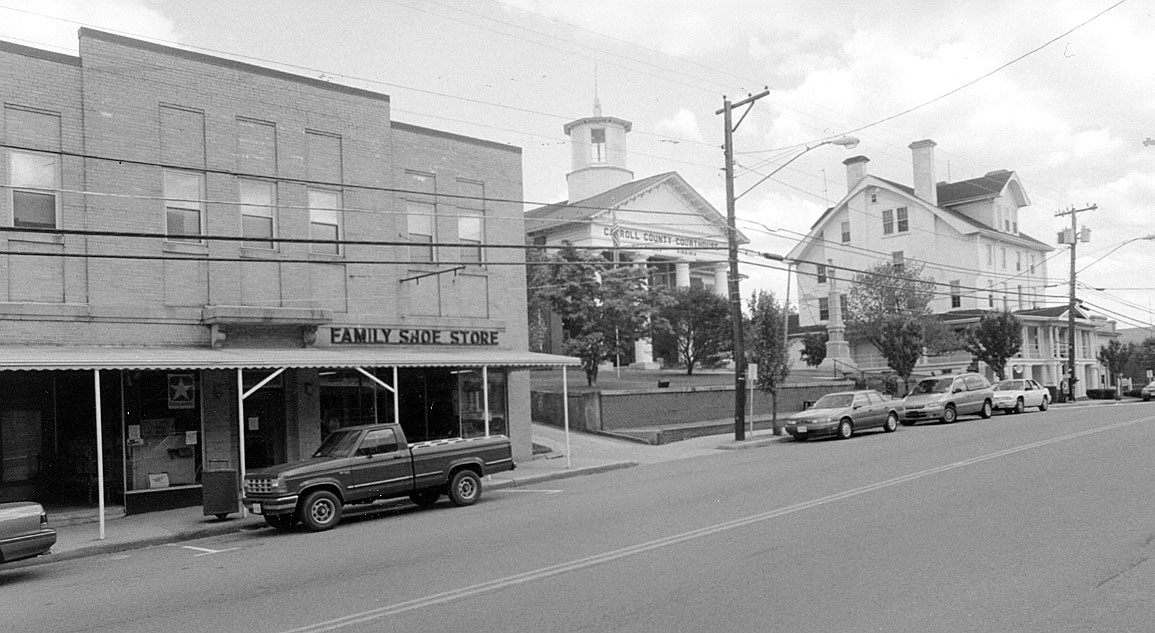 Hillsville Historic District contains 16 historic buildings that constitute the historic block of the county seat of Carroll County. They include the 1857 Carter Building that was extensively remodeled in the 1920s, the 1875 Carroll County Courthouse designed in the Classical Revival style, the 1907 Carroll County Bank, and the 1936 Hillsville Diner. Hillsville tycoon George L. Carter worked in the Carter Building and Wilkinson’s Store before the Civil War, then married Wilkinson’s daughter Mayetta and later headed the Clinchfield Railroad and several mining companies. In 1922, Carter sold all his holdings to Consolidated Coal Company of New York and retired to the Carter Building, which he had expanded to 36 rooms by his death in 1936.