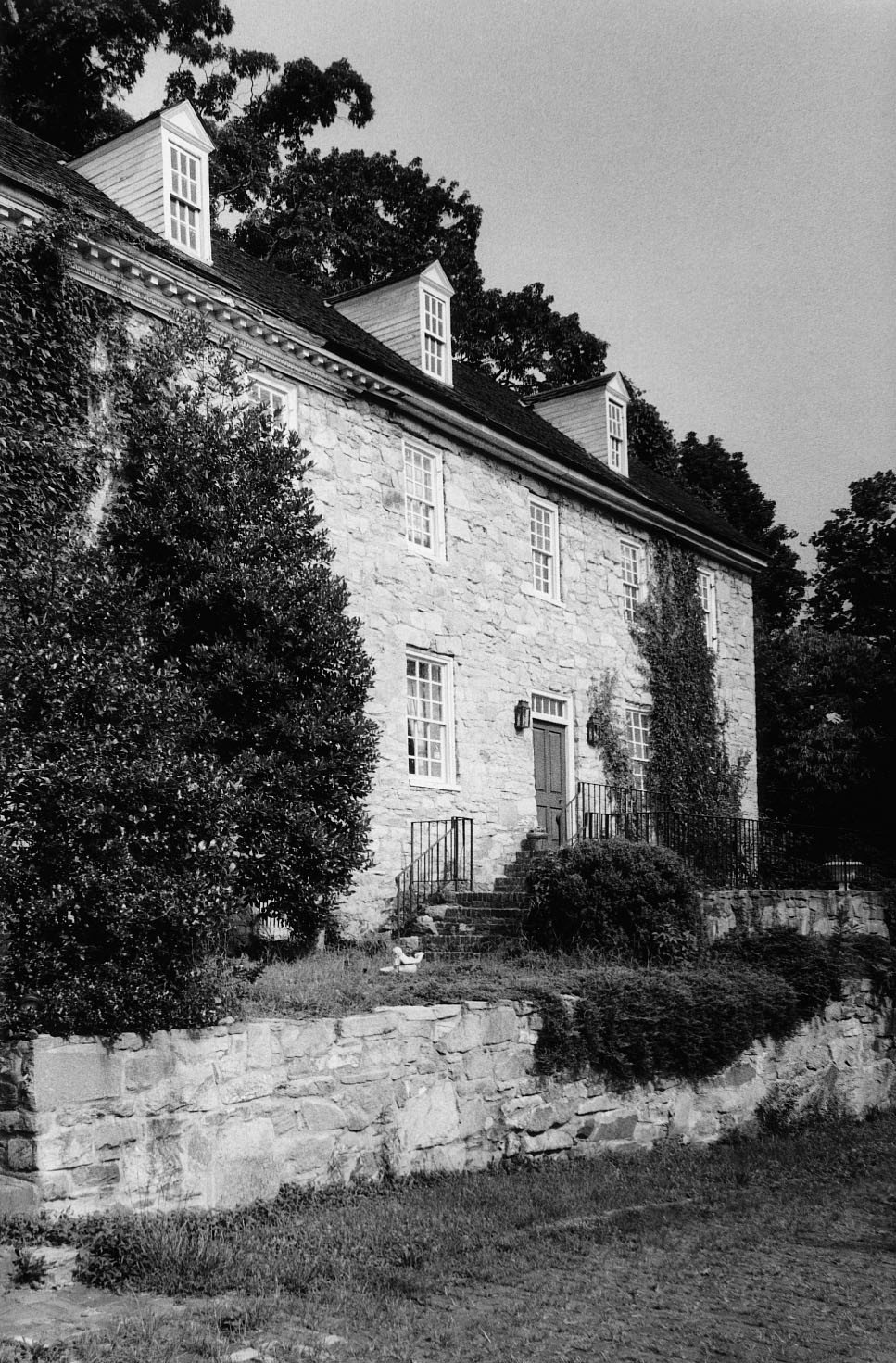 Built of stone taken from a nearby quarry, this ca. 1760 elongated Georgian mansion was the home of John Ballendine, who established a foundry and milling operation immediately down the hill in the village of Occoquan. Ballendine situated his house on a ledge to overlook the falls of the Occoquan River as well as his enterprises. Although undocumented, the house is said to have been designed by William Buckland. Later owners of Rockledge include Ballendine’s business partner, James Semple, and Nathaniel Ellicott, member of one of the nation’s foremost Quaker milling families. Ellicott was also the founder of the Maryland milling town Ellicott City. The house stood abandoned for many years but was restored in the 1970s. Subsequently burned by arsonists, the house has since been re-restored, resuming its place as the community’s principal historic landmark.