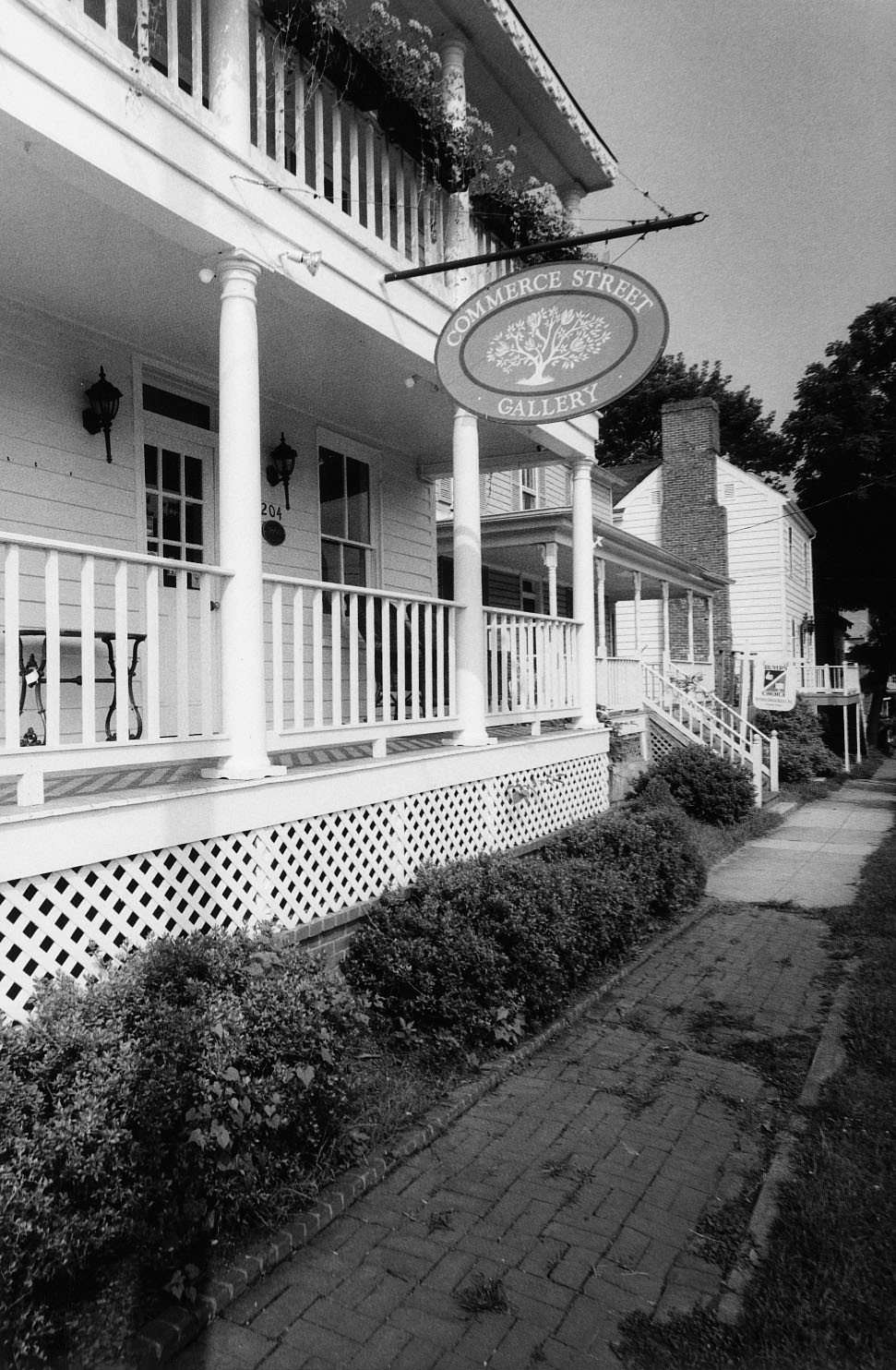 The site of a tobacco warehouse as early as 1736, Occoquan grew as the focus of the commercial and manufacturing activities of John Ballendine, who erected an iron furnace, forge, and sawmills at the falls of the Occoquan River before 1759. After the Revolution the settlement emerged as a flour manufacturing center boasting one of the nation’s first gristmills employing the laborsaving inventions of Oliver Evans. Although silting of the river reduced Occoquan’s shipping activity, the town continued as a commercial and industrial center into the 1920s. The district contains a picturesque medley of late 19th- and early 20th-century vernacular residential and commercial architecture. Surviving from earlier periods are Rockledge, the ca. 1760 mansion of John Ballendine; the Mill House, a ca. 1800 structure thought to have been an office for the Occoquan Flour Mill; and the Hammil Hotel, whose core dates from the early 19th century.