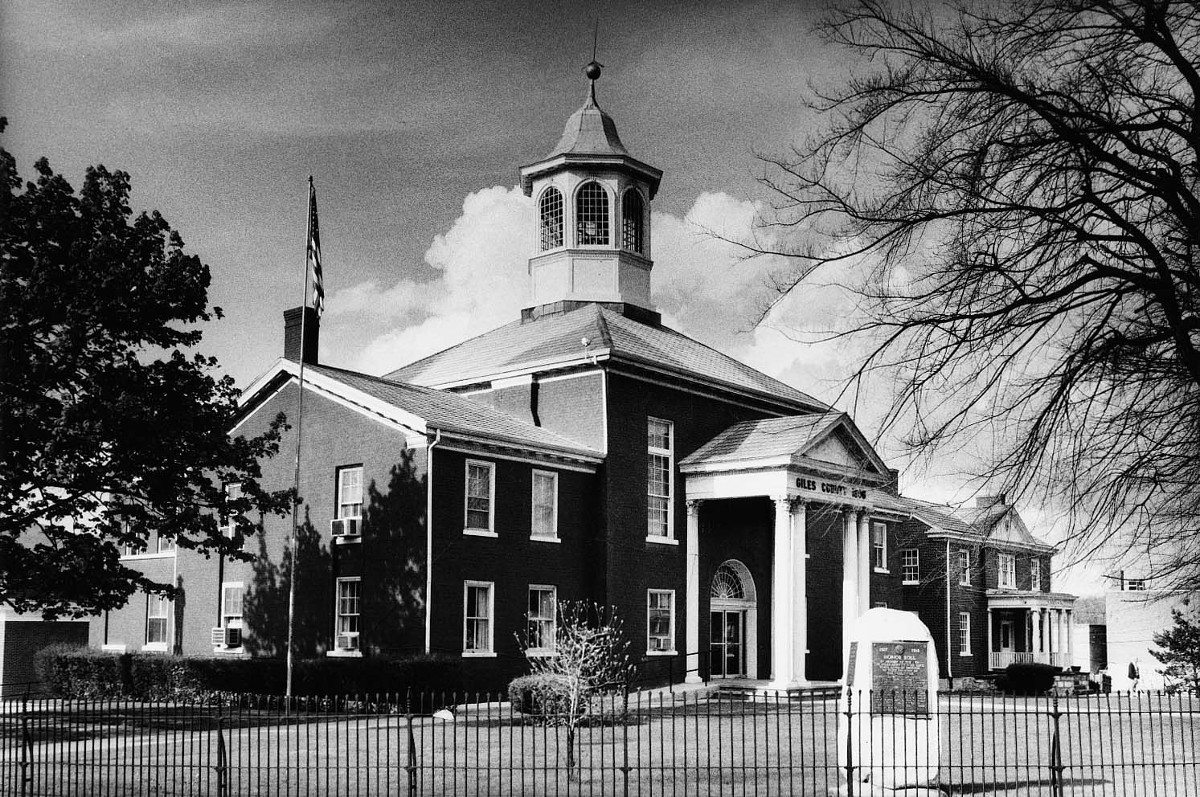 The earliest and most prominent landmark of Pearisburg, this Federal-style building is the third courthouse to stand on the town’s central public square since Giles County was established in 1806. The two-story central block with its delicately ornamented octagonal cupola was constructed in 1836 by Thomas Mercer and was inspired by the several courthouses built by James Toncray, particularly the 1833 Montgomery County Courthouse in Christiansburg, since demolished. In May 1862 the courthouse square became the scene of an encounter between Union and Confederate troops that is graphically recorded in the diary of Lt. Col. Rutherford B. Hayes, the commanding Union officer present and later 19th president of the United States. The courthouse has undergone various alterations; the portico was added in 1900.