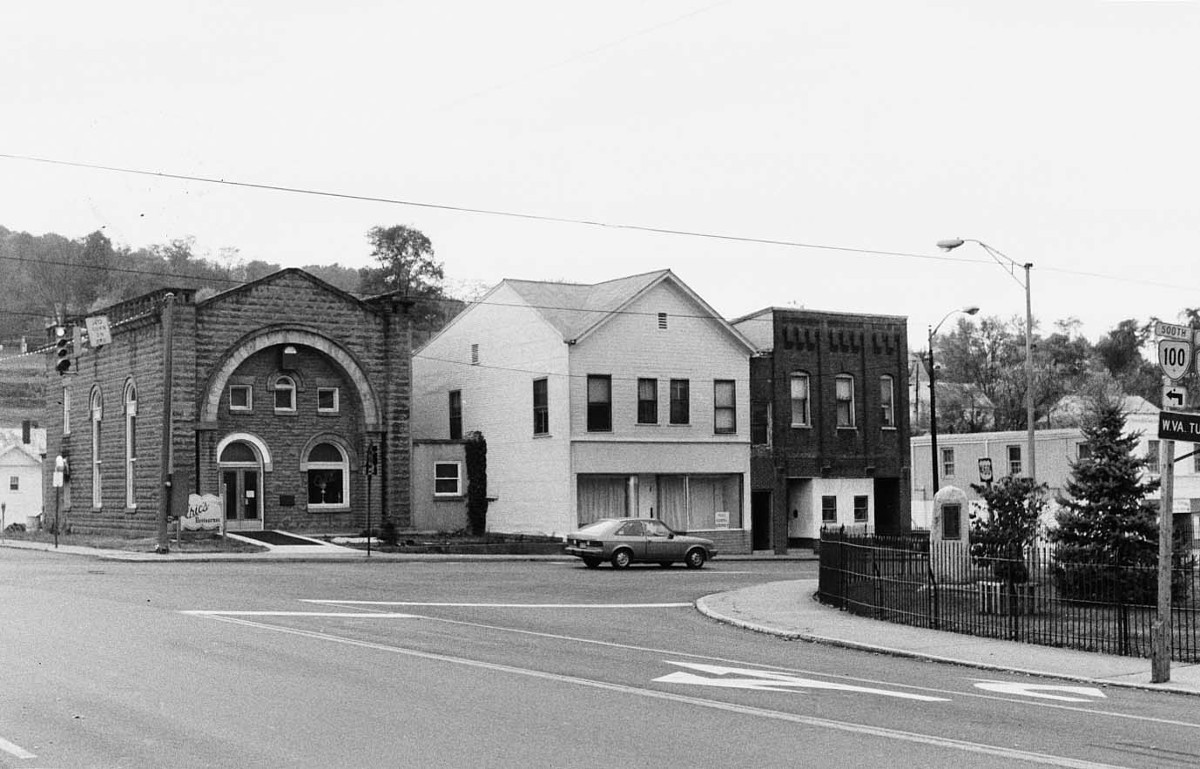 Pearisburg, the county seat of Giles County, was laid out in 1806 on land donated by Col. George Pearis, an early settler. The plan established a large public square for county buildings, situated at the northeast corner of Main Street and Wenonah Avenue, two major intersecting streets. A standard grid filled in the rest of the area. The Pearisburg Historic District encompasses nineteen buildings located either on or in the immediate vicinity of the square. The square is dominated by the 1836 courthouse, the town’s principal landmark. Other resources include the Western Hotel, built ca. 1829 as the courthouse tavern and later modified. The 1910 Christ Episcopal Church, rebuilt in the 1920s following a fire, is a striking example of the Arts and Crafts influence. The remaining buildings are a cohesive mix of late-19th- and early-20th-century commercial structures. An exception is the Art Deco façade of the 1940 Pearis Theater.