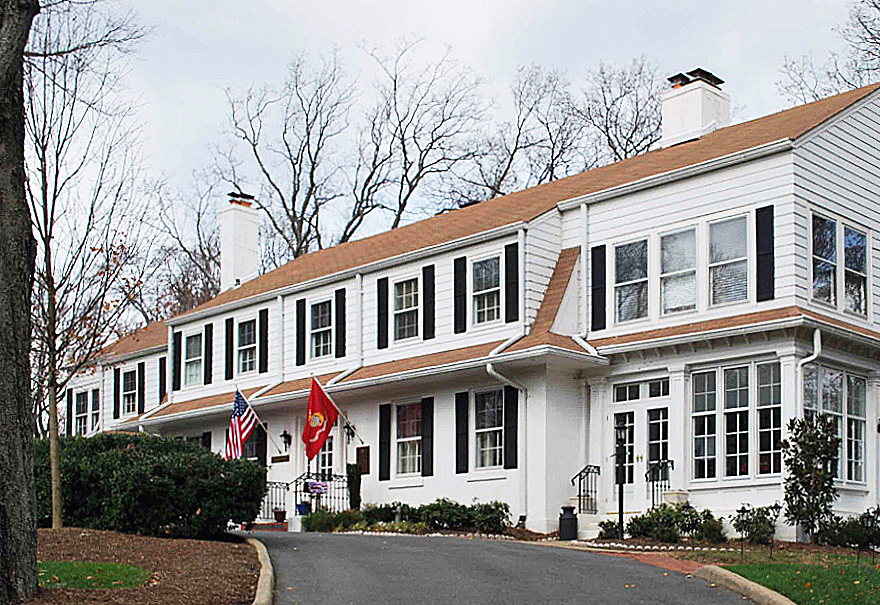 The Commanding General’s Quarters at Quantico Marine Corps Base in Prince William County has served as the residence of the base commanding officer since its construction in 1920. The large, two-story, Dutch Colonial-style dwelling now has 1950s additions on the east and west ends. The Commanding General’s Quarters is associated with the military career of Major General Smedley D. Butler, the most decorated Marine in U.S. history at the time of his death in 1940. His accomplishments as Commander of Quantico from 1920 to 1924 and 1929 to 1931 significantly influenced national trends of military education and practice and laid the foundations of the modern Marine Corps. These included the implementation of a professional military educational system that is now the Marine Corps University; the advancement of early Marine Corps aviation that became a core component of the Corps’ Doctrine of Amphibious Warfare; and a high profile public relations campaign that introduced the Marine Corps to the general public. Due to the short term nature of Butler’s postings prior to Quantico, his occupancy in the Commanding General’s Quarters is the longest period he resided in a single residence before his retirement from the Marine Corps in 1931.