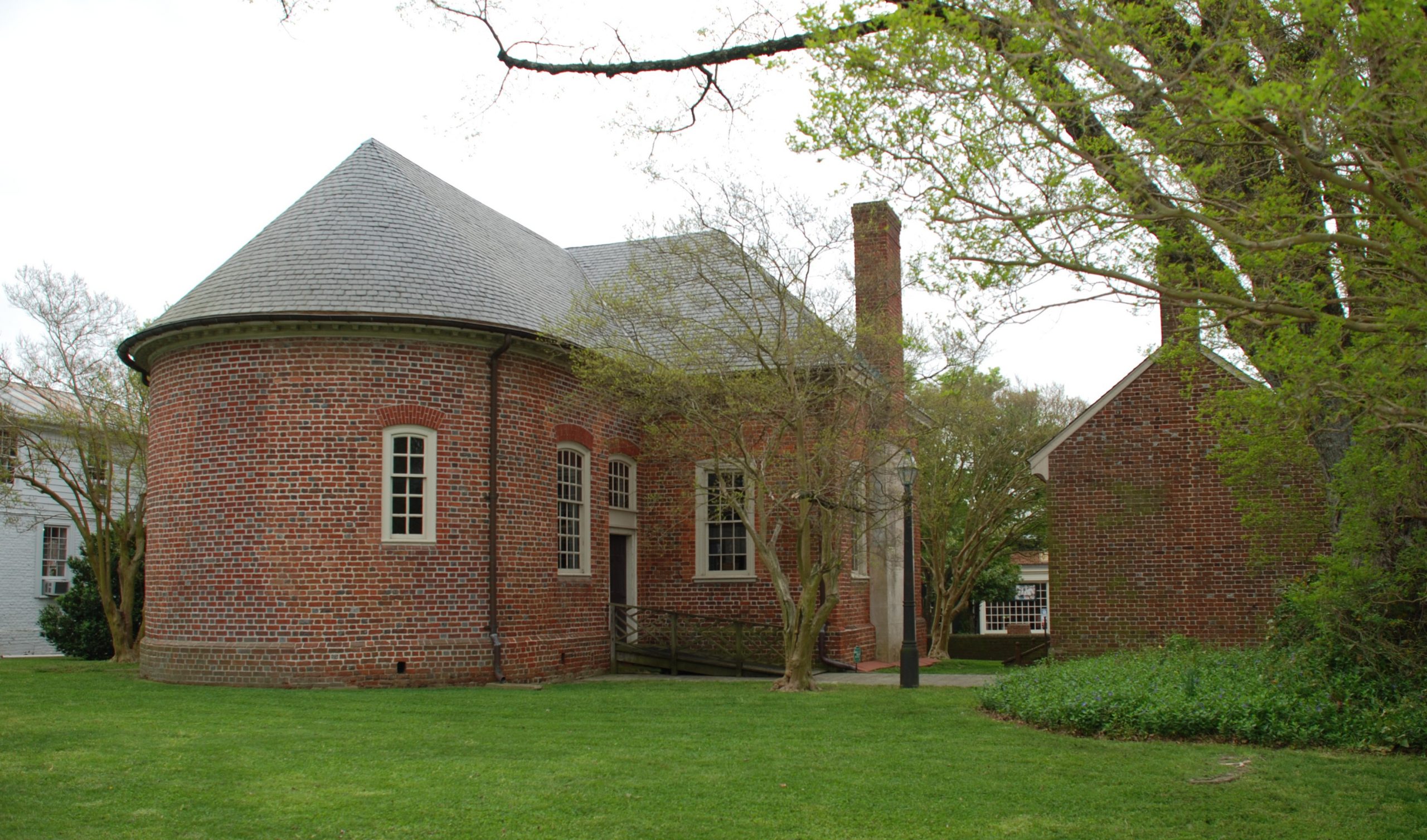 The former Isle of Wight courthouse is one of Virginia’s six remaining arcaded colonial court structures. It was completed, along with the clerk’s office and jail, in 1752, following the relocation of the county seat from Glebe Farm to Smithfield. Built by William Rand, it is notable among its contemporaries for having a curved apse with conical roof, following the precedent of the curved apses on the first Capitol in Williamsburg. The courthouse was converted to a residence after the subsequent transfer of the county seat from Smithfield in 1802. Its arcade was blocked up and its roof changed from a hip to a gable. In 1938 the building was acquired by the Isle of Wight Branch of the Association for the Preservation of Virginia Antiquities (now Preservation Virginia) which restored its mid-18th-century appearance in 1959-62; it was then repurposed for use as a visitors’ center.