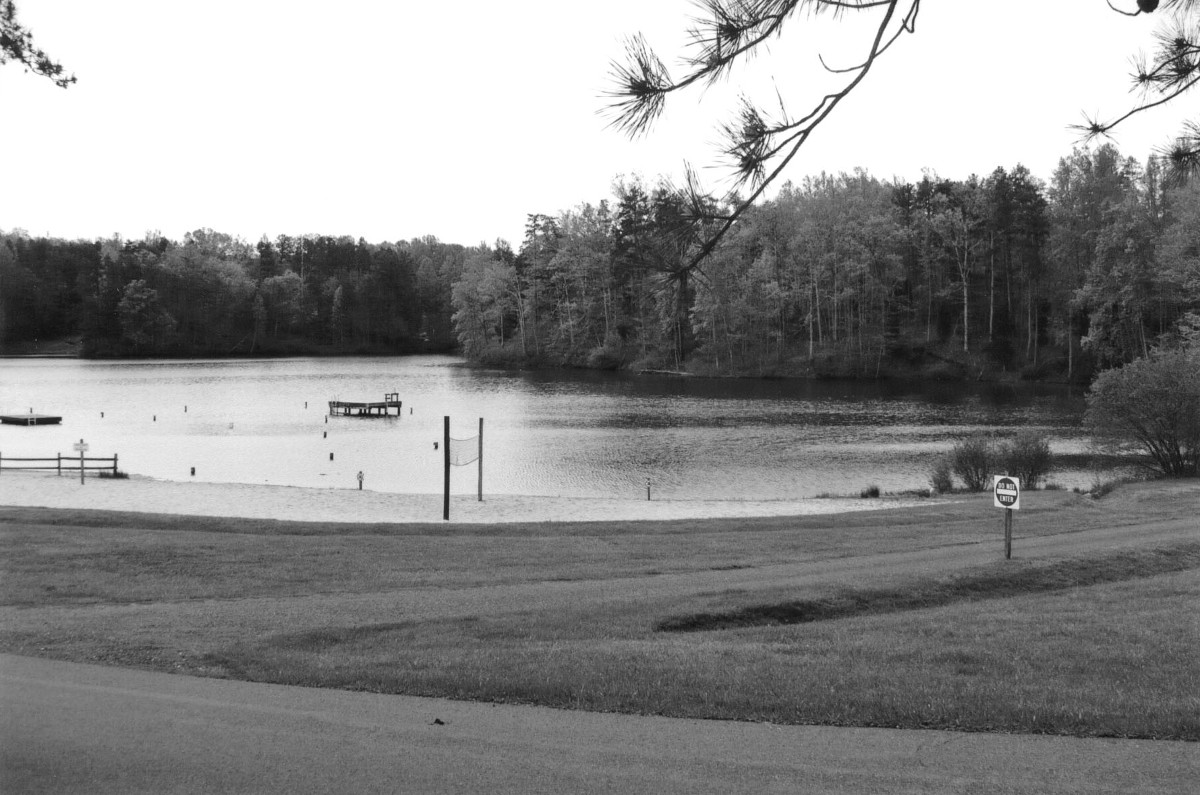 Holliday Lake State Park, within the Appomattox-Buckingham State Forest, was created in 1937 as one of four “Recreation Development Areas” in Virginia. The park’s 250 acres are centered on the 150-acre Holliday Lake, one of the largest lakes in the area. The park’s facilities were constructed by local residents and Civilian Conservation Corps (CCC) workers, who were housed in a CCC camp that is now the site of the Holiday Lake 4-H Camp. In 1942, the state took over the management of the recreation area. In 1972, with the addition of campgrounds, it became Holliday Lake State Park. The park land and surrounding area were originally settled and farmed in the early-to-mid-19th century. A small cemetery of the Jones family, early settlers, remains near the lake and boathouse. By the beginning of the Great Depression, the area remained largely agricultural and poor. Federal and state government resettlement efforts aimed to return the land to its former hardwood forest condition through the development of the recreation area.