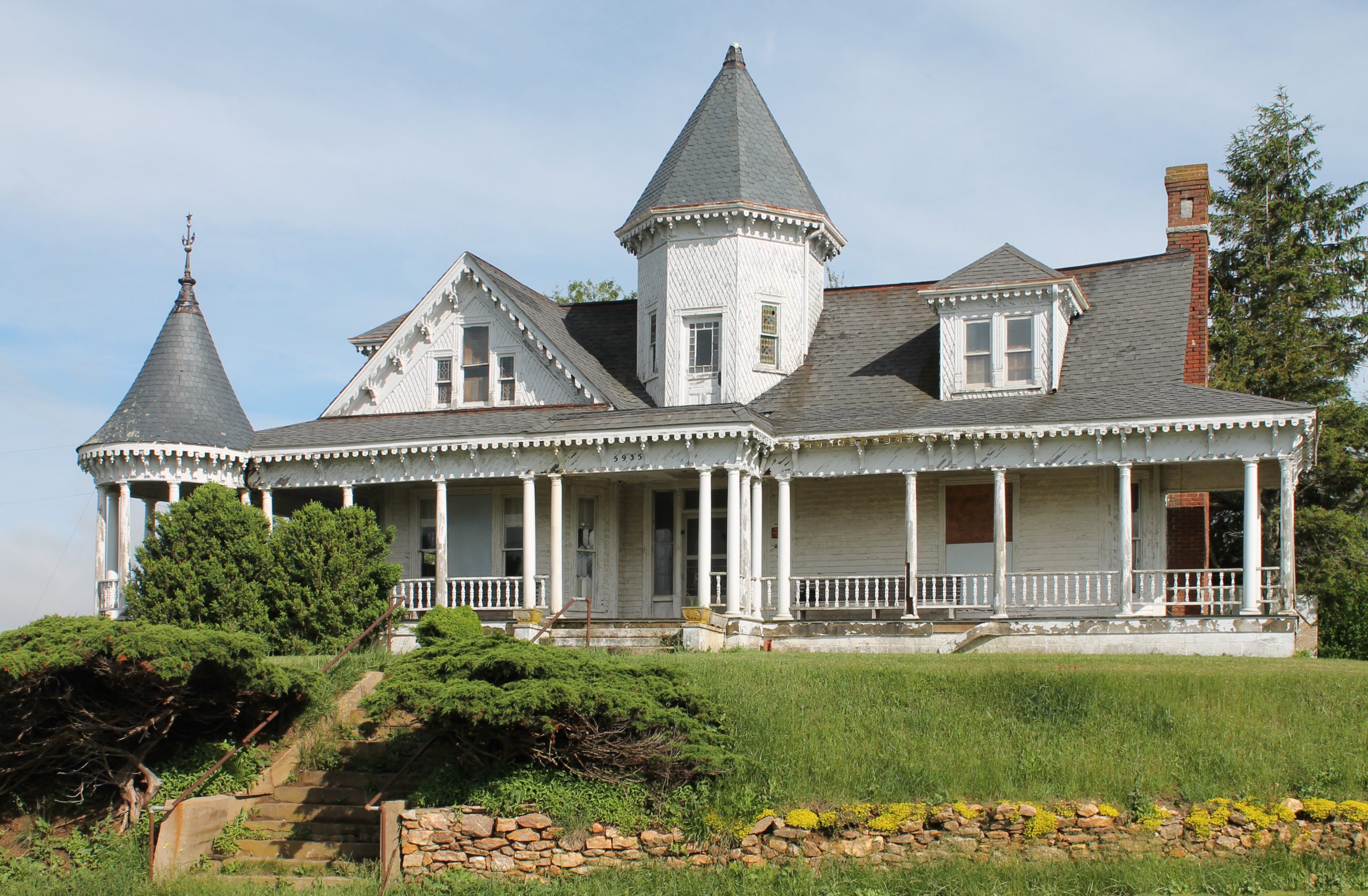 This capricious, if provincial, expression of the Queen Anne style, was briefly the Carroll County home of the notorious Sidna Allen. Allen was a member of the so-called Allen Clan that was involved in the gory Hillsville massacre of 1912. Several people, including the judge and court officials, were killed in a barrage of gunfire in the courtroom during the trial of Allen’s brother Floyd. Sidna Allen, although he claimed innocence, was found guilty of participating and sentenced to thirty-five years in prison but was pardoned after serving thirteen years. The house, finished only a year before the shooting, was designed by Allen and his wife. It was built by Preston Dickens, a local carpenter, with Allen assisting. Allen dreamed of owning the finest house in Carroll County. The house was his dream come true until confiscated by the state following his conviction.