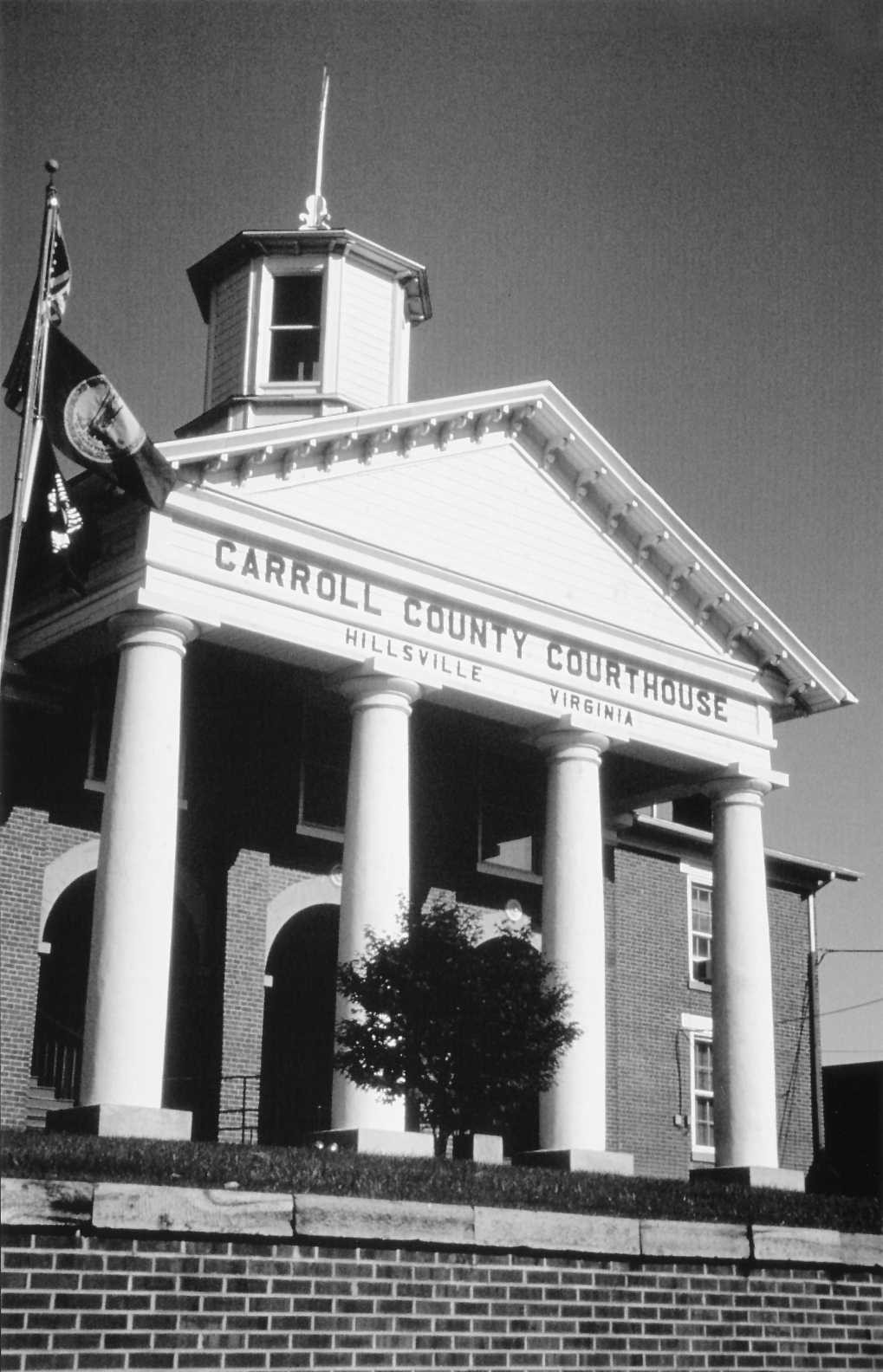 The principal landmark of the county seat town of Hillsville, the Carroll County Courthouse combines two traditional courthouse forms: the arcaded front and the porticoed temple form with flanking wings. Both forms were widely employed by Jeffersonian workmen in Piedmont and Southside Virginia. They had long passed out of fashion when local builder Col. Ira B. Coltrane designed and executed the Carroll County Courthouse in 1870-75, imaginatively placing a Doric portico in front of an arcaded ground floor. Coltrane gave the building additional visual character by using Italianate brackets in the pediment and placing above it an octagonal cupola with a fancy pinnacle. The county’s second courthouse, it was the scene of the Hillsville massacre of March 14, 1912, in which five persons, including the presiding judge, were killed in a courtroom battle involving the Allen family.